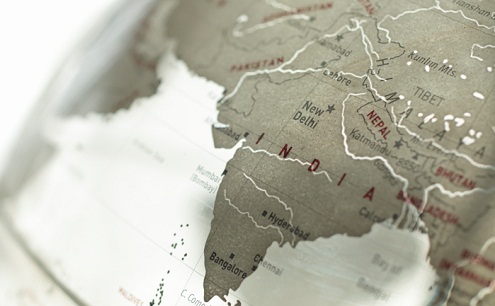 Lobby groups and business associations from Cyprus and India are working to build trade relations between the two countries with an eye to a new double taxation agreement that is being negotiated.

The two sides see mutual benefits to their cooperation. The Indian High Commissioner Ravi Bangar said in an interview with the press: “You should see Cyprus as a gate to the EU and India as a country rich in population.”

India has a population of over 1 billion and is considered to be one of the emerging markets with the strongest potential for growth.

The Indian ambassador highlighted the potential for cooperation, especially around certain sectors: trade, tourism, education, medicine, agriculture and construction. He said that India’s long tradition in medicine and construction could particularly benefit Cyprus.

The Chairman of the Rector’s Conference and Dean of the European University of Cyprus, Kostas Gouliamos, said in another in an interview with the press that the universities are always open to cooperation. He said that many universities in India have approached Cypriot universities to cooperate, mainly in sectors such as health sciences, medicine, and high technology.

Meanwhile, the president of the Association of Recognised Private Schools of Higher Education in Cyprus said that Cyprus has great potential for welcoming Indian students, and that this is something the government should pursue.

“We need to learn from the United Kingdom and simplify the procedure for Indian students who enter the country. At this moment, we conduct interrogations rather than interviews,” he said.

Regarding the potential for cooperation in the health sector, the president of the Pancyprian Association of Private Hospitals, Marcos Agathagelou, said that there was recently interest from a company in India for cooperation in sending patients to the country for treatment. However, he says “what needs to be pursued is the development of health tourism on our island as the level of healthcare in Cyprus is very high”.

Regarding the strengthening of ties over tourism, the Indian High Commissioner said that visa procedures need to be revised, and tourist advertisement increased.

The Cyprus Tourism Organisation (CTO) said that it is taking steps for promoting conference and incentive tourism on the island.

The CTO, in cooperation with the Cyprus embassy in India, had meetings with travel agents in Mumbai, while team of Thomas Cook travel agents visited Cyprus. Attempts arealso being made to draw Indian film productions to Cyprus for filming.

The General Manager of the Cyprus Employers & Industrialists Federation (OEB), Michalis Antoniou, said that India is a market that interests the OEB, as its economy has huge potential.

However, any cooperation with India has a medium-term prospect, as at this moment OEB is concentrating on closer countries such as Iran, Egypt and Israel.

The General Secretary of the Cyprus Chamber of Commerce and Industry (CCCI/KEBE), Marios Tsiakkis, said that there is great potential for cooperation, mainly in the service industries. However, at this moment the Cyprus-Indian Business Association is focused on signing an agreement to avoid double taxation between the two countries.

The last double taxation agreement between India and Cyprus was signed in 1994.