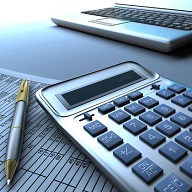 Cyprus and India hold a series of consultations on issues concerning exchange of information and taxation.

According to an official press release, consultations recently took place in New Delhi, between Cyprus and India aimed at addressing the issues of (i) an effective exchange of information between Cyprus and India and (ii) the long pending renegotiation of the Double Tax Agreement (DTA) between Cyprus and India which is in force as from the 21st of December 1994. Pertaining to the matter of effective exchange of information between Cyprus and India, both delegations agreed that, the circumstances that have caused India to notify Cyprus as a 'notified jurisdictional area' (under section 94A of the Income-tax Act, 1961) on November 1st, 2013, are immediately addressed by (a) agreeing to adopt the provisions of the new Article 26 of the OECD Model Tax Convention (approved by the OECD Council on 17 July 2012) relating to Exchange of Information in a new DTA between the two countries and (b) improving the channels of communication and exerting every effort in facilitating each other in processing requests and responses in a swift and effective manner.

As it concerns the renegotiation of the existing DTA between Cyprus and India which entered into force on 21st December 1994, a new DTA is expected to be finalised soon. It was further agreed that, based on the discussions held, once the notification of Cyprus as a 'notified jurisdictional area' under section 94A of the Indian Income-tax Act 1961 is rescinded, it will be with retrospective effect from 1 November 2013, the date when the notification of India was issued.