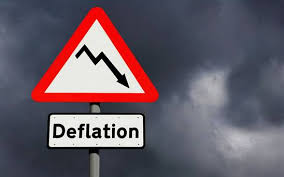 In comparison to the CPI of October 2016, the category with largest decrease was the Furnishings, household equipment and routine maintenance of the house (-0.6%) while the biggest positive changes were observed in Clothing and Footwear (0.7%) and Housing, water, electricity, gas and other fuels (0.7%).

For the period between January-November 2016, compared to the corresponding period of the previous year, the largest negative changes were noted in: Housing, water, electricity, gas and other fuels (-5.8%) and Transport (-5.2%). On the other hand, the greatest positive change was recorded in Alcoholic beverages and Tobacco (1.4%).

The categories with the largest negative effect on the change of the CPI of November 2016 when compared to November 2015 were the following: Food and non-alcoholic beverages (-0.56) and Transport (-0.44).

The category with the largest negative effect on the change of the CPI compared to the previous month, was the Transport (-0.08), while the largest positive effect was observed in Housing, water, electricity, gas and other fuels (0.08).

The following products/services had the most notable negative effect on the change of the CPI of November 2016 compared to the Index of November 2015: vegetables (-0.68) and air tickets (-0.44) while petroleum products (0.09) had the largest positive effect.

Finally, the products with the most negative effect on the change of the CPI of November 2016 compared to the index of the previous month were the air tickets (-0.09) and vegetables (-0.07), while petroleum products (0.06) had a positive effect.