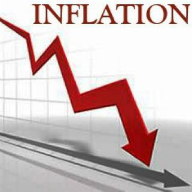 This is mainly due to decreases in the prices of airfares, petroleum products and certain fresh fruit and vegetables. An increase has been recorded in the price of electricity.

For the period January-August 2014, the CPI recorded a decrease of -1.7% compared to the corresponding period of 2013.