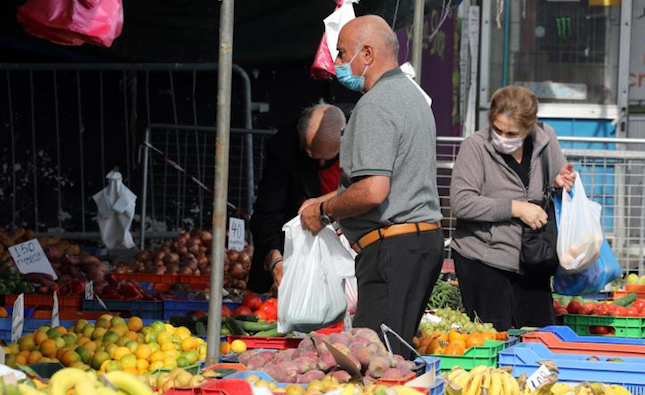 Petrol prices, electricity, fruit and vegetables have driven inflation up in February to 6.6%,  according to the Cyprus Statistical Service.

For January-February, the CPI increased by 6% year-on-year. It increased 1.2% since January.

Compared to January, the largest change was monitored in Agricultural Goods (9.6%).

The biggest annual price rises were monitored in the categories Transport (14.8%), Housing, Water, Electricity, Gas and Other Fuels (13.3%).

Compared to the CPI of the previous month, the largest change was noted in Food and non-Alcoholic Beverages (4.7%).

For January–February, compared to the previous year, the largest changes were recorded in Transport (14.1%) and Housing, Water, Electricity, Gas and Other Fuels (13.7%).

The category Food and non-Alcoholic Beverages (0.92) had the largest effect on the unit change of the CPI compared to the previous month.

Petroleum Products (2.11), Fresh Vegetables (0.89) and Electricity (0.73) had the most notable effect on the change of the CPI of February compared to February 2021.