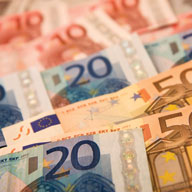 According to recent data published by the EU, Cyprus and the Cyprus Institute are leaders in securing competitive EU funds for research.

The European Commission adopted in late January 2016 the official evaluation report for the EU 7th Framework Program for Research and Technological Development 2007-2013 (FP7). The report utilised many indicators for presenting the performance of EU Member States (EE28) in FP7.

Successful securing of competitive funds from EU Member States in FP7 (2007-2013) largely follows the human resources for research of the countries.

Germany and the United Kingdom are the leaders in absolute numbers of competitive funding, with their funding in the range of €7 billion each, followed by France with €5 billion. Cyprus is in the 22nd position with total funding of €93 million.

In the first two years of the ‘Horizon 2020’ program, The Cyprus Institute has already secured funding of €6 million.