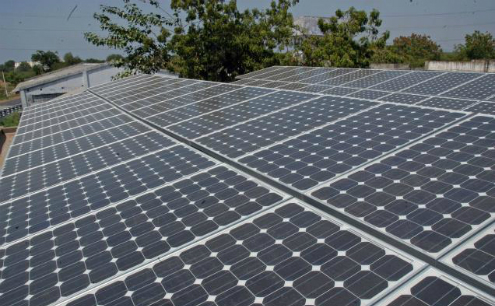 From the 7th till 16th of November 2017, young researchers from eight countries, from Europe, the Middle East and even Chile and Australia, attended the Annual School in Solar Thermal Energy (STE).

The school, which exposed participants to cutting edge scientific and technological development in STE, was organized by the Cyprus Institute in collaboration with its partners, - European institutions recognized as Centers of Excellence in the field: ENEA (Italy), CIEMAT-PSA (Spain), CNRS-PROMES (France) and RWTH-Aachen (Germany).

This activity, which drew international attention, is part of the Networking Excellence for Solar Thermal Energy Research (NESTER) TWINNING project, which is funded by the European Commission with the aim of upgrading the scientific and innovation performance of the Cyprus Institute in the field of Solar-Thermal Energy.

This second school contributed to this goal by bringing together 24 Early Stage Researchers from four different continents, – nine of them from Cyprus (including two Turkish Cypriots).

General topics on solar thermal research were addressed during the first week, while during the second week, a specialized topic was addressed: Thermal Energy Storage.

A total of nine international lecturers and four lecturers from the Cyprus Institute went through the twenty-five lectures and five afternoon exercise sessions. The attendees and the international lecturers had the opportunity to visit the state of the art facilities for cogeneration of electricity and desalinated water of PROTEAS at Pentakomo and the linear FRESNEL system for the Built environment at The Cyprus Institute´s headquarters in Nicosia.

The event acted as a catalyst to fostering synergies between institutions involved in STE technologies and projects among the young scientists that attended. It received positive comments from participants and lecturers alike. The next NESTER school will be organized in Autumn 2018 at the CyI, further promoting Cyprus as a regional hub for innovative solar technologies.

This year’s NESTER School was kindly sponsored by Nuova S.TE.I.M and the Electricity Authority of Cyprus.