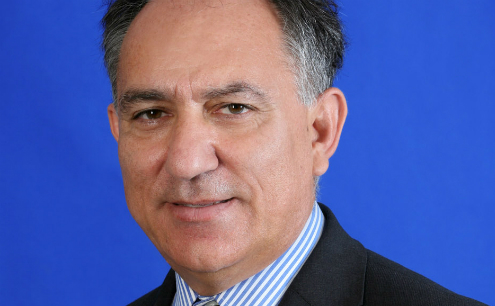 Cyprus is advantageous and cost-effective for investment funds

Could you give a brief overview of the recent performance and development of the Cypriot investment funds industry?

The alternative funds sector saw a significant boost in activity in 2010, which continued through 2011 and 2012. The registration of new funds slowed down during 2013 due to regulatory uncertainty resulting from the expected enactment of the new Alternative Investment Funds (AIF) Law that will replace the current International Collective Investment Schemes (ICIS) framework. In total, there are some 100 ICIS established in Cyprus. However, it is important to note that more than 50% of the ICIS in Cyprus have been licensed within the last four years, and since the beginning of 2014, three ICIS have already been licensed.

In 2012 and 2013, a significant number of funds have been set up for investment into Asia, primarily in debt and equity securities as well as real estate. The majority of the ICIS are focused on investments in financial instruments (debt and equity securities), real estate and private equity, and most of them are of a small- and medium-size. However, Cyprus has also attracted a few larger funds, including a fund with assets of €500 million under management. Two other key milestones for the Cypriot investment funds industry were the transposition of the UCITS IV Directive in summer of 2012 and the Alternative Investment Fund Managers Directive (AIFMD) in summer of 2013.

What are the key features of the new Alternative Investment Funds law, and how will it position Cyprus in the global investment funds industry?

The proposed legislation will modernise the regulatory aspects of Alternative Investment Funds (AIFs) in Cyprus while also expanding the options available for fund promoters. It will bring Cyprus up to par with other EU investment fund jurisdictions. Specifically, the proposed legislation introduces the ability to set up AIFs that are marketed toRetail Investors as well as AIFs with multiple investment compartments (i.e. Umbrella Funds), which were significant limitations in the current ICIS regime. The proposed legislation also provides the ability to set up an AIF taking the contractual form of a Common Fund, a form which is quite popular in the jurisdictions of Luxembourg and Ireland. Finally, it will provide the ability to set up an AIF marketed to Professional Investors and/or Well-Informed Investors; this type of AIF is comparable to the Specialised Investment Funds of Luxembourg, the Qualifying Investor Funds of Ireland and the Professional Investor Funds of Malta. The law is expected to come into force in the coming months, and it is hoped that Cyprus will become a strong and competitive funds jurisdictions.

Until very recently, there were no UCITS domiciled in Cyprus. However, following the introduction of the UCITS IV directive, the country has attracted its first UCITS management companies. How do you see the UCITS market developing in Cyprus in the coming years, and why is Cyprus an attractive place to set up and manage UCITS?

Yes, this is correct. The industry in Cyprus was dormant up until the transposition of the UCITS IV Directive in July 2012. Since then, three UCITS have been established, which include two umbrella funds comprising a total of 28 sub-funds, and in aggregate currently amount to €40 million in assets under management. In addition, two prominent UCITS Management Companies have set up on the island. Foreign UCITS are widely marketed in Cyprus, including UCITS whose promoters are international financial institutions such as JP Morgan, UBS and Julius Baer.

Going forward, Cyprus can leverage its strategic geographic position for the establishment and marketing of UCITS to the Middle East and Asia. Actually, some 40% of UCITS are sold outside Europe. However, one of the restricting factors currently, which is not limited to Cyprus, is the fact that the custodian appointed must be a Cyprus credit institution. The regulator is currently promoting an amendment to the UCITS legislation to extend the eligibility requirement to other legal entities. This change should assist in the growth of this industry in Cyprus.

How developed is the fund service provider community in Cyprus?

Cyprus has a breadth of experienced and recognised fund service providers, which include both local boutique and international names representing the fund administration sector. In recent years, a number of international players have set up local branches in Cyprus, showing the trust they place in the growth prospects of the industry. In addition, all of the big four accounting firms are present in Cyprus while local legal professionals – who also commonly cooperate with major international law firms – are highly qualified and can offer expert advice with regard to the structure, constitutional documents and agreements to be put in place.

Regulatory power of the investment funds sector is currently shared between the Cyprus Securities and Exchange Commission (CySEC) and the Central Bank. However, the supervision of the sector will soon be brought under the aegis of CySEC. What benefits do you expect from this shift?

CySEC, as a single regulator, will be able to look across the entire financial industry and devote regulatory resources - both human and financial - to where they are most needed. This will unify a broad set of regulatory activities, including asset management, investment services and collective investment schemes. CySEC works closely with the private sector and is very open to discussions and suggestions for improvement in the sector.

Today, custodians are at the centre of the investment funds services provision. Do you believe Cyprus has a sufficient number of custodians to service this growing industry?

The custodian is indeed a key player, and the custodian’s role has been expanded following EU Directives regulating the funds industry. Arguably, there is room for improvement in Cyprus. There are more than 20 companies to date approved by the Central Bank of Cyprus to provide custody services to Cyprus registered ICIS. Locally based banks still hold a strong market share of servicing more than 60% of the registered ICIS. Branches of international banks operating in Cyprus do not currently offer the full scope of fund custody services. To strengthen the quality of the market players, it will be necessary to attract internationally reputable credit institutions to establish a presence in Cyprus while those already established could extend the scope of services offered.

The new legal framework for both alternative funds and UCITS will allow credit institutions, investment firms or other entities to act as custodians and more importantly, the custodian does not need to be located in Cyprus, with the exception of the UCITS and as from 2017 for AIFs externally managed by an AIFM.

Cyprus’ funds have been mainly used to structure investment into Russia, the CIS, Eastern Europe and the Middle East. To what extent do you expect this to continue, and which other markets are you placing a greater focus on?

This is true due to the geographic position of Cyprus and the tax treaties in place, and it is believed that this will continue. Recent trends show that Israel, India and China constitute potential new growing markets. It is interesting to note that most of the non-local fund promoters/managers originate from Western European countries, such as the UK and Germany, while Russia, the CEE and the CIS regions follow close behind.

How is Cyprus seeking to develop its capacity and skills base, and what is Cyprus doing to attract the best companies to set up on the island?

The Cyprus Investment Funds Association (CIFA) was established in 2013 as a natural development of the progress made thus far. The mission of CIFA is to promote the Cyprus investment fund industry, while concurrently providing support to its members, encouraging the maintenance of industry standards and professionalism as well as engaging in the development of related regulatory aspects. A component of this will also be the training of industry participants in order to further support the industry’s growth and develop best practices.

In your opinion, what are Cyprus’ key strengths in the sector, and how does Cyprus differ from other jurisdictions?

Market evidence reveals that the haircuts on deposits did not trigger a mass exodus of international business because the main pillars of the development of Cyprus as a business centre, which have been the tax, legal and regulatory frameworks and the quality of professional services, have remained fundamentally unchanged. We also boast historical, cultural and religious ties with the main markets, and the jurisdiction is very cost effective, with service provider fees being substantially lower than in other more established jurisdictions. Cyprus is without a doubt positioned as a place of choice on the map of fund domiciles and asset management jurisdictions.

What are the main challenges and growth opportunities   and where would you like Cyprus’ investment fund industry to be positioned five years from now?

Cyprus has aligned its national regime by closely mirroring the regimes established under the EU directives governing asset management. This coupled with the modernisation of the Alternative Investment Fund framework will give Cyprus the means to play a significant role in the global industry. The challenge is to effectively promote the advantages that Cyprus can offer and enhance our potential with existing markets while creating awareness in new markets. A further challenge will be to remain flexible so as to meet the demands of the market and continuously upgrade the framework in place so as to remain competitive.

We would like to establish Cyprus as a prime European funds jurisdiction. We do recognise that for this to happen we need to attract a significant number of multinational companies together with highly skilled services providers.

Mr. Angelos Gregoriades is Chairman and Head of Tax and Corporate services of KPMG in Cyprus. He is a graduate of the London School of Economics and is a Fellow Member of the Institute of Chartered Accountants of England and Wales. Mr. Gregoriades is the Chairman of the Cyprus Investment Funds Association (CIFA) and a Member of the Board of Directors of the Cyprus Investment Promotion Agency (CIPA). He has been involved extensively with the Tax Committee of the Institute of Certified Public Accountants in Cyprus for which committee he has previously served as a Chairman.