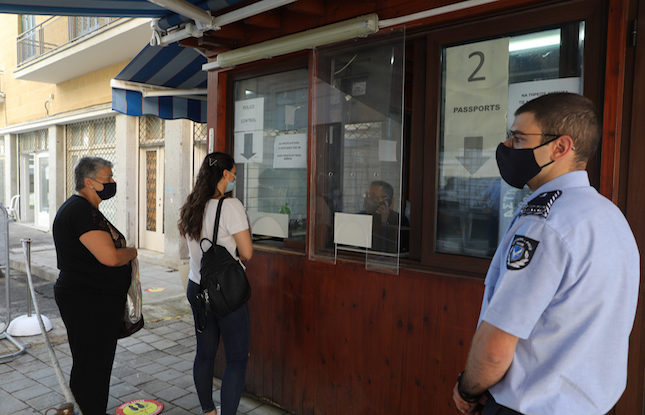 The defence ministries of Cyprus and Israel signed on Thursday a bilateral agreement to install a €27.5 million surveillance system monitoring activity across the island’s 180-km dividing line, officials said.

Cypriot Defence Ministry spokesperson Christos Pieris told the state-funded Cyprus News Agency that the system would be used for electronic surveillance of the Green Line.

The surveillance system will monitor activity such as smuggling, illegal migration, fires and provide military intelligence.

“It is an electronic surveillance system that will provide us with images 24 hours a day. It will be installed at various points on the Green Line,” said Pieris.

He said the system would help the National Guard’s operational readiness and facilitate the work of the police and the fire service.

The Green Line is a United Nations-patrolled buffer zone between the Turkish occupied north of the island and the area controlled by the Cyprus Republic.

A defence ministry statement said the deal was signed during the visit of Israeli defence official Yair Kulas.

He said once work finishes at a certain point, the system will begin operating in that location with staff already recruited to operate it.

Cyprus says most of its migrants seeking asylum enter the island illegally through the north of the island.

Nicosia says it is on the frontline of the migration wave through the Mediterranean via Turkey, experiencing the European Union’s highest rate of asylum claims per population.

It hopes the Israeli surveillance system will offer it better protection in monitoring the porous Green Line.