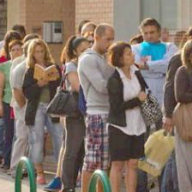 Employment in Cyprus expanded by 0.3% year on year in the second quarter of 2015 according to the latest figures from the European statistical service, Eurostat.

This was after stable employment (no increase) in the first quarter. The increase in Cyprus matched the eurozone average, which also rose by 0.3% in the same period.

Job growth in all EU28 countries rose by 0.2% in the same period. The data are seasonally adjusted, that is, they are adjusted for changes in seasonal employment, such as in the tourism sector.

Employment in the whole of the EU reached 228.8 million people. The fastest year-on-year expansion was seen in Ireland, with job growth of 3%, followed by Spain at 2.9%.

Only two countries recorded a decline: Romania at 1.6% and Finland at 0.7%.

Compared with the preceding quarter, jobs in Cyprus rose by 0.1%. Earlier this month Eurostat reported the Cyprus unemployment rate at 16.3% in July.