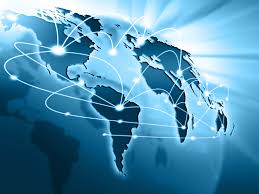 The pandemic has accelerated Cyprus’ digitalisation process as it plays catch-up with the rest of the world as the need for faster internet grows.

And the Cyprus Telecommunication Authority is rolling out faster internet projects years ahead of schedule.

Cyta crews have been seen on the streets laying a fibre optic network, speeding up the project to offer consumers super high speeds, fast-forwarding the process by at least four years.

A Cyta official told the Financial Mirror the authority wanted to speed up processes after a peak in demand for faster speeds during the coronavirus crisis.

“Cypriots have been forced to turn to online solutions to carry out their everyday tasks due to the coronavirus outbreak, pushing the authority to decide to speed up its plans to lay down a fibre optic network offering up to 1 Gbps connections”.

With the health crisis crippling the economy, forcing people to work or study from home, hopping on the digital train seems to be a one-way street for Cypriots.

They are learning the hard way of the need to keep up with technological advancements around the globe.

“Restrictions imposed by the government to combat the spread of coronavirus has made us see what has been in front of us for quite some time now, the technology for a faster internet,” the official said.

He said that data kept by the authority shows a significant increase in home working and a higher demand for video-on-demand services either for teleconferencing or entertainment which require faster speeds than the classical 2-3 Mbps connections people opted for.

“Even if the coronavirus would somehow magically disappear, we wouldn’t give up on teleconferencing, working from home will still be an option for many businesses while distance learning is here to stay.”

Cyta’s official said offering super internet speeds will “contribute as a catalyst to the digitalisation of Cypriot companies, upgrading their competitiveness in new markets”.

He argued that the state has also seen the benefits of having e-government applications in place and accelerated procedures to introduce online platforms to help citizens interact with the state rather than spending hours in line at government offices.

It is why Cyta decided to complete the rollout of its fibre optic network by 2023 instead of 2027 putting the authority in a position to offer high speeds of up to 1 Gbps in some urban areas.

Laying out a fibre optic network is so much a capital-intensive task as it is a labour-intensive one.

Internet connection with super-high speeds aims to contribute towards Cyprus reaching its Gigabit Society goal set by the EU.

“To reach the ‘Gigabit Society’ goal set by the European Commission countries are encouraged to use multiple policy measures and financial instruments to encourage private and public investments in fast and ultra-fast networks.”

According to the ‘Gigabit Society,’ all European households should have access to at least 100 Mbps connections by 2025 with the possibility to upgrade those networks to reach much higher speeds.

Cyta is implementing one of its biggest investment plans for development in new technology.

“As of 1 October, we have introduced a new price list which will change everything. We are now offering people speed of 65 Mbps for the same price they were paying for a 10 Mbps connection, a 150 Mbps connection for the price of a 30 Mbps connection.”

The state-backed telecoms company was urged by the Deputy Ministry of Innovation and the Communications Commissioner, to speed up its fibre optic network plan.

Communications Commissioner George Michaelides told the Financial Mirror that he is happy with Cyta accelerating the rollout of its fibre optic network, laying the groundwork for a faster system and the rollout of 5G.

He explained that a faster internet network based on a fibre optic network and 5G are complementary technologies which will accelerate Cyprus’ digitalization process.

Michaelides argued that faster internet connections would bring down prices.

“Cyprus has one of the most expensive broadband connections in the EU according to the latest Digital Economy and Society Index in 2018 (DESI).”

He argued that with a fibre optic network in place, faster speeds would be available at a lower cost.

“When it comes to having a connection of at least 100 Mbps fixed broadband take-up, just 2% of Cypriot households enjoy such speeds,” said Michaelides.

The commissioner said this is now changing. In 2018, 82% of people had a connection under 30 Mbps, with 2-3 Mbps being favoured by the majority, as it was cheaper.

“Our data shows that more than 40% have a connection faster than 30 Mbps. It is one of the reasons for Cyprus performing so poorly before and the fact it is among the countries that offer the most expensive products, especially in mobile telephony products.”

The commissioner said the situation is changing with faster connections being offered to consumers at lower prices, at a time when joining the fast internet society has proven to be more valuable than ever before.