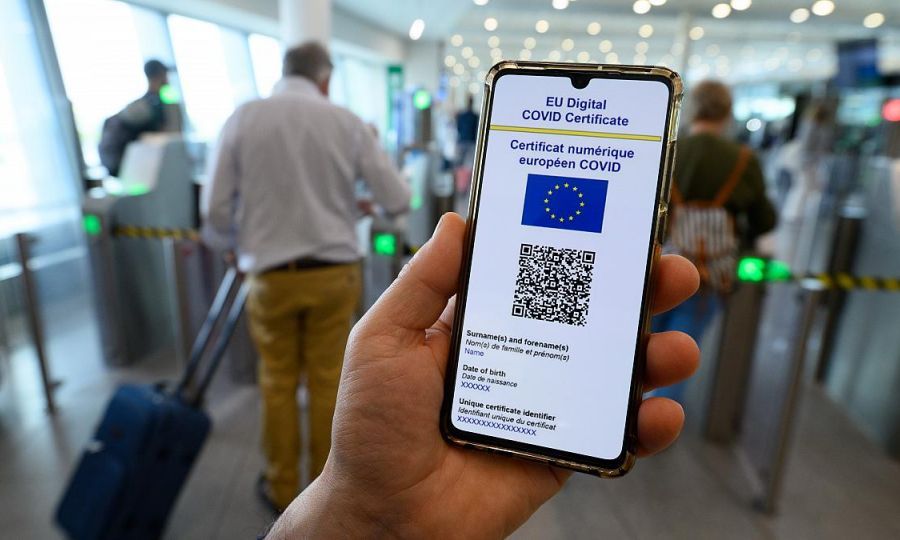 The Republic of Cyprus on Thursday joined other EU countries already accepting an EU-wide Covid certificate for easier travel, amid coordination challenges amongst members and a rampant Delta variant around the world.

Following a decision at the highest EU level, a system for a European Union Digital Covid Certificate officially came into force on July 1. It aims to facilitate safe and free movement in Europe during the COVID-19 pandemic by exempting holders from travel restrictions such as needing to quarantine.

The EUDCC is designed to authenticate a person’s identity and also prove using QR codes that a passenger is fully vaccinated, has immunity due to recent recovery from COVID-19, or has tested negative.

But airline industry experts have warned that a fragmented implementation of the program by member states could cause chaos and delays at airports. Travel experts have specifically criticized different EUDCC criteria throughout the bloc as well as duplication procedures in both origin and destination terminals.

Earlier this week, a number of professional networks and travel industry experts sent a letter to EU leaders, warning of a "worrying patchwork of approaches" across the continent.

Cypriot Innovation Minister Kyriacos Kokkinos confirmed on state radio Thursday morning that there were additional criteria based on decisions taken by individual members, such as the Republic of Cyprus not accepting a PCR test while some countries may accept only 6 months instead of a whiole year of vaccination validity.

EU health commissioner Stella Kyriakides has spoken in favor of the certificate, saying it “shows the value added of effective e-health solutions for our citizens” who were looking forward to travel again safely.

Earlier this summer, Kyriakides had called on all member states to “fully finalize their national systems to issue, store and verify certificates, so the system is functioning in time for the holiday season.”

While 21 EU countries including major tourist destinations such as Greece, Spain, France, and Italy have already been using the certificate, the official launch set for July 1 also allowed for an additional six-week transitional period until mid-August for countries that needed more time to incorporate the certificate into their national systems.

Kokkinos said those traveling abroad from Cyprus can still travel without the certificate until mid-August as long as they meet other criteria, such as having a vaccination card, noting however that it is the reasonability of travelers to check with their destination to ensure full compliance.

The official launch of the certificate came as the surge of the Delta variant poses threats to herd immunity, initially estimated to have been sufficient by reaching close to 70% of a population.

Revised estimates now call for much higher percentages needed to stop the spread of the highly infectious mutation, with Cypriot officials saying the only way to get back to normality quickly is through vaccination.