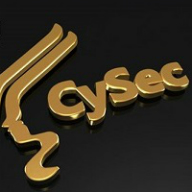 FTSL officially obtained its license (259/14) with the Cyprus Securities and Exchange Commission (CySEC) on November 26, 2014 and is now awaiting for the activation of that license.

The list of Cypriot Investment Firms (CIFs) has just reemerged with a new addition to it – a new binary options broker, called FTSL Financial Trading Solutions LTD. The company has officially obtained its license (259/14) with the Cyprus Securities and Exchange Commission (CySEC) on November 26, 2014 and is now awaiting for the activation of that license. The latter procedure involves some rigorous checks by CySEC, in order to certify that the new entity indeed complies with all regulatory requirements.

For the time being, FTSL’s website does not offer any comprehensive information on products and services, apart from the promise to launch its binary options platform soon.

Binary options brokers in Cyprus do not only get some additional credibility thanks to their CIF licenses. They also get to market their services across the EEA, which opens them to a wide clientele, interested in instruments that are relatively easy to trade.

Meanwhile, the autumn saw the list of CIFs increase substantially – it is not the number of new additions that is so remarkable in this case, in fact the number is not so impressive as last year’s figure. What is peculiar is that Cyprus keeps luring big brands from the online trading world. At least two examples should be mentioned in this respect, the first being the CIF license obtained by Myfxbook, the expert in online analysis and social trading, and the second – the CIF license obtained by Forex and CFD-broker Plus500.