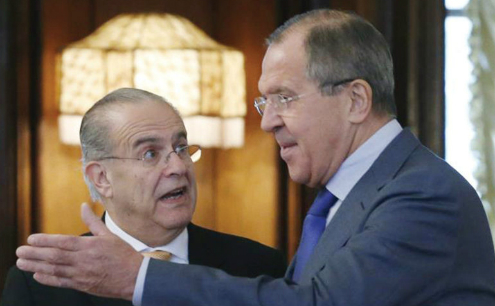 Stratfor, a leading geopolitical intelligence platform, is reporting that Cyprus is a key part of Russia’s strategy for the region in terms of politics and energy and would prefer the island remained divided.

In a report following the recent meeting between Foreign Minister Ioannis Kasoulides and his Russian counterpart Sergei Lavrov in Moscow, Stratfor said Moscow was keen to maintain its foothold in the area, in relation, not only to its position in the Middle East and its balance with Nato but is also a financial haven and energy concern.

“Given what Russia has on its plate at the moment, such a meeting could appear superfluous, but the small island nation is a key part of Russia’s strategy for the region,” Stratfor said

Referring to a series of meetings with Cypriot leaders in recent weeks, including with the head of the opposition party, Andros Kypianou. “Moscow is ensuring that it has a good handle on the entirety of the island’s political sphere”.

It recalled that had used its position on the UN Security Council in 2004 to veto a resolution for a settlement based on the Annan plan.  Lavrov during his meeting with Kasoulides called on the UN not to “impose its vision” of a settlement on Cyprus, it added.

“Moscow has a serious interest in preserving the status quo. A reunification would free up the island — and other foreign powers — to focus instead on a string of issues concerning Russia,” it said.

“Russia also covets Cyprus for financial reasons. For decades, the island has served as an offshore banking and money-laundering hub for Russian companies and individuals,” the Stratfor report added.  “Cyprus also plays a key role in Moscow’s natural gas strategy.”

It said Russian energy giant Gazprom was trying to move forward with the TurkStream pipeline, which would carry Russian supplies to Turkey and beyond to Europe.

“A divided Cyprus is an important long-term spoiler to any competing pipeline heading toward Turkey or Southern Europe from Egypt or Israel, which would likely need to transit Cypriot or Northern Cypriot waters, given that the other option would be to route it through Lebanese or Syrian waters,” the report said.

“This leaves Cyprus in a tough position; caught between the sweeteners Russia has provided in the past — financial incentives, investment, trade, tourism and political connections — and the opportunity for a political settlement that would deeply benefit the island and strengthen its ties with the West.”

It suggested that with Moscow talking a lot with opposition parties in Cyprus, there was a question mark over whether Russia’s friendly gestures “could turn into internal meddling to impede progress in the reunification talks”.

“In the end, the future trajectory of the small Mediterranean island will have an outsized effect not only on the region but also on the goals and ambitions of larger global powers with a vested interest in Cyprus,” Stratfor said.