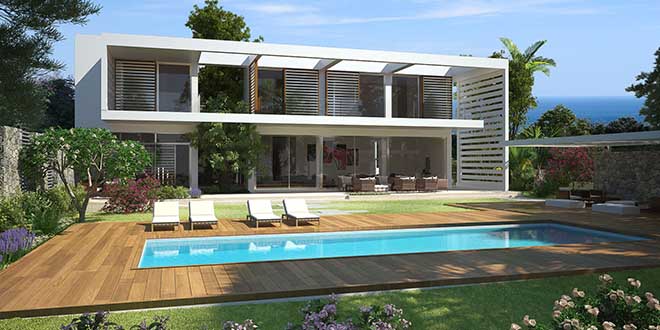 As Cyprus’ economy expands with projected GDP growth of around 3.5% in 2019, employers in two of its backbone industries, construction and tourism, say they are facing a chronic labour shortage.

Stakeholders in the construction and tourism say they are having a hard time in finding skilled labour and are campaigning for the state to step in with relaxations on hiring asylum seekers and foreign students during the summer months.

The Labour Ministry has already issued a decree which allows hotels to employ asylum seekers in secondary jobs.

The Federation of Cyprus Building Constructors Associations (OSEOK) is calling on the Ministry of Labour to allow developers to hire foreign students and asylum seekers as they see no other measure that could solve the problem in the short term.

Frangos Prokopa, manager of OSEOK, said developers want to be able to hire students and asylum seekers from third countries for unskilled jobs which would free up existing skilled labour doing auxiliary tasks at construction sites.

“We are not able to find skilled labour as during the crisis when the construction industry almost came to a halt. A number of skilled builders, mainly Russian, Greeks and Syrians left the island in search of work in other countries. The crisis is now over, the building industry has picked up speed, but we don’t have skilled workers,” said Prokopa.

He said developers are not able to attract builders from EU states as the construction industry is also booming in the European Union.

He suggested that relaxations are applied so that contractors can bring in skilled labour from countries like Syria who have a tradition in producing skilled builders.

“Unfortunately, locals, excluding skilled builders, are not interested in working in auxiliary positions at building sites.”

Prokopa suggested that a significant portion of the unemployed, although fit for construction work, prefer to live off benefits given out by the state, despite them being lower than wages in the sector.

He suggested that the state apply a tougher policy regarding unemployment benefits.

In the long run, Prokopa said that the state should try and convince high-school students at technical schools to follow courses related to the construction industries.

“The vast majority of students at technical schools opt for courses related to the natural gas industry, thinking that they will all we employed there.”

Talking to the Financial Mirror, Cyprus Hotels Association director general Zacharias Ioannides welcomed the minister approving of their request to be able to hire asylum seekers for auxiliary jobs such as helpers in the kitchen, but insists the ministry allows hotels to hire students from third countries who are not studying tourism-related disciplines.

“Hiring students as temporary unskilled labour would allow us to upgrade experienced workers and cover our need for skilled staff.”

Ioannides rejected the notion that Cypriots are not interested in jobs at Cyprus hotels because of low pay.

“We are currently seeing Cypriot staff leaving one hotel to go to another because of a better offer. We are actually witnessing a rise in pay given out to hotel employees”.

Unions, on the other hand, argue that Cypriots are not interested in jobs in the construction and tourism sectors due to low pay and bad working conditions.

AKEL affiliated PEO’s hotel employees union branch general secretary Lefteris Georgiades, told the Financial Mirror that Cypriots are not interested in these jobs not because they prefer to sit at home and wait for various benefits, but because of exploitation on behalf of employers.

“We believe that allowing hoteliers to hire asylum seekers will only put further downward pressure on wages and would derail working conditions,” said Georgiades.

He said that the union has no issue, in principle, with opening up the market to asylum seekers, but believes they will be used as cheap labour, putting extra pressure on Cypriots and EU nationals to accept lower wages.

PEO’s hotel employees union is asking for an agreement on collective bargaining which will cover all those employed in the industry, including asylum seekers.

“As things stand today our profession is one of the lowest paid in the country, despite working long hours under difficult conditions. Some of the jobs in the industry require training and skills,” said Georgiades.

He argued that the state and employers should offer incentives to Cypriots. “It is no coincidence that EU workers do not want to come to Cyprus to take on jobs at our hotels.”

He said that European workers are offered at best a salary of EUR 500-600 plus accommodation and in some cases food.

Georgiades said that negotiations to renew collective agreements have fallen through and the sides are awaiting the intervention of the Labour Ministry.

The Labour Ministry believes the truth of the matter lies “somewhere in the middle” between the arguments put forward by employers and unions.

Alexandros Alexandrou, director of the ministry’s Labour Department said that there are areas where, hotels especially are not able to find staff, mostly because of the peculiarity of the job description.

“Due to the nature of the work, which might demand long hours, split shifts, while it’s true that wages could be more attractive.”

He said the decree issued by the Labour Minister will help solve staff shortages in the short term for hotels.

Regarding the construction industry, Alexandrou said that according to the Ministry’s records there are a plethora of unemployed Cypriots who are on the waiting list for a job in the sector.

“We have not allowed developers to hire asylum seekers as there are Cypriots available for the jobs. We do acknowledge that developers are having a hard time finding skilled workers, but they can use unemployed people as unskilled labour and train, already on the job, experienced workers to fill in more skilled jobs.”

Georgiades said the ministry’s goal is to enable these sectors to function smoothly, while workers are guaranteed a decent wage and working conditions.