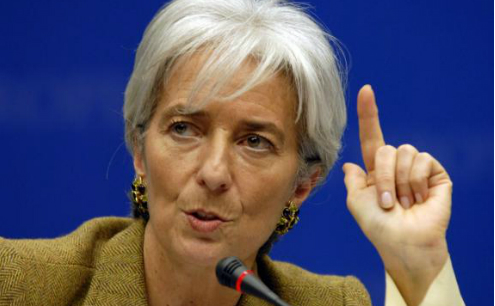 Finance Minister Harris Georgiades said that authorities have received a list from the French government with the names of Cypriot depositors at Switzerland’s HSBC bank.

Georgiades, who was commenting in an interview on state radio CyBC, said that authorities will not disclose the names as this would be unlawful.

“But it is a data base which will be reviewed by the tax department to confirm that those appearing as Cypriots, or with an address in Cyprus on the list, can justify the deposited amounts,” he said. “It will be processed in a bid to verify that the deposited amounts are justified with respect to taxation.”

“Let me say that having deposits either in Switzerland or elsewhere in Europe or the world is not illegal,” he said. “It is permitted and no conclusion should be drawn automatically that whoever has deposits abroad, including the particular Swiss bank, is guilty of tax evasion”.

French police obtained the list, nicknamed the Lagarde List after France’s former finance minister and current managing director of the International Monetary Fund, Christine Lagarde, from an ex-technician at the bank in 2009. The former HSBC worker attempted to sell the data, which he obtained a few years earlier, to the governments of other European countries. Lagarde handed part of the list containing the names of Greek depositors to the authorities in Greece in 2010 to help the cash-strapped country clamp down on tax evasion.

Georgiades said he had the Cypriot version of the list forwarded to the parliamentary speaker Yiannakis Omirou, after lawmakers criticised him repeatedly for not doing enough to obtain it.

The minister said Cypriot and European legislation prevented him from disclosing the names of those included in the list, which authorities obtained on condition of treating the matter with confidentiality. He also said that he had no information on the number of people it included or anything else, adding that he will seek not to have anything to do with how authorities will use the information it contains.

The government’s Tax Department will evaluate the data and prosecute possible offenders included in the list as it does in every case, no matter whether the Lagarde List included politicians or prominent business people, the minister said.

“The Tax Department will apply the law,” Georgiades said, adding that he has “no problem” disclosing the names of tax evaders found on the list, prominent or not, but lawmakers would first have to amend existing legislation that forbids disclosure, which they voted into law. “This legislation does not exempt political leaders, prominent businessmen, or any other citizen. The tax department will apply the legislation as it does.”

He was responding to calls from parliamentary parties to reveal the names of offenders found on the list, with EVROKO leader Demetris Syllouris going even further, suggesting that whether or not an offence has been committed should not necessarily be factored into naming names.

“I think it’s time to publicise, at least, the names of those who are politically exposed,” he said.

“I don’t care if so-and-so Russian businessman, or business, has paid taxes or not – it’s important, but secondary. Of primary importance are politically exposed persons, and individuals linked with them. Their names should be made public, and I will insist on that.”

“The treatment of the list won’t be different just because it is a depositor list of HSBC in Switzerland and not a similar list from a bank in London or in Limassol,” the Cypriot finance minister said. “Even though the tax department carries out checks, imposes fines, takes offenders to the court, it does not disclose all these actions, let alone have every single case announced separately.”