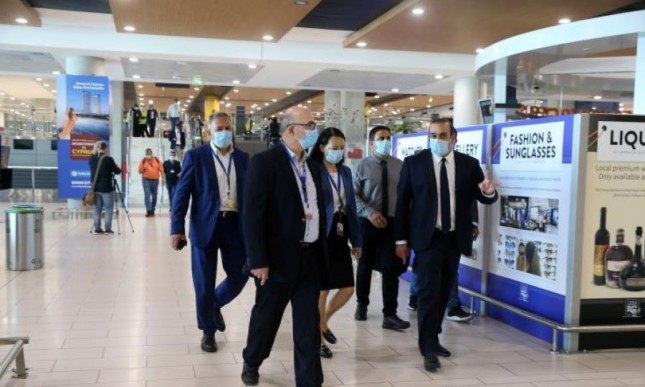 Cyprus to launch tender for rapid tests at airports

The Cyprus government will be reissuing a call for the expression of interest by bidders who have acquired the necessary equipment needed for rapid COVID-19 tests, so that incoming tourists won’t need to spend a night in quarantine until labs check their sample for the virus.

Speaking after the meeting of the House Transport Committee on Friday, Transport Minister Yiannis Karousos said rapid tests that produce results within one and a half hours would be sought, so that those arriving on the island only have to wait a little longer in the airport rather than having to spend a night in isolation.

Karousos added that passengers arriving from countries where authorities are justifiably unable to provide coronavirus tests for those wishing to travel, will be tested for the virus upon landing in Cyprus. But Karousos clarified that this service will only be provided for cases where the Health Ministry can confirm that the country from which the visitor is flying in from is unable to conduct a test.

The Transport Minister noted that visitors will shoulder the costs involved, be it for the test or for the need to spend a night at a hotel until coronavirus lab test results are issued.

The conditions of a person’s visit depend on the whether the country from which they are arriving has been placed in Category A or B by the local authorities, noting that those that fly in from any country not included in these two categories will be considered as a Category C country, with visitors coming in from these having to spend two weeks in quarantine.

Responding to a question regarding the rapid coronavirus tests, Karousos explained that the Health Ministry had launched a tender in the past, but bidders stated that they needed between 20 days to one month to import the necessary equipment.

As such, Karousos went on, it was decided that the government moves to reopen airports with the procedures in place at the moment.

“We will launch a new tender so that the bidder can acquire the necessary equipment,” Karousos said.