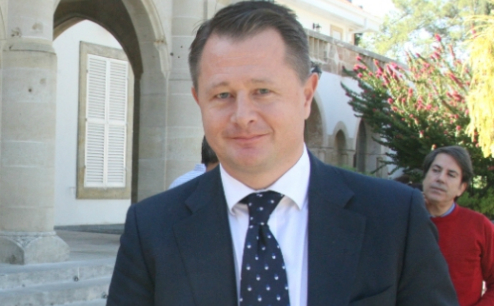 International lenders have begun a second inspection visit to Cyprus to assess progress in economic restructuring outlined in a €10 billion aid plan brokered in March to avert the island’s financial collapse.

Cypriot officials said representatives of the European Union, European Central Bank and International Monetary Fund would focus on reviewing reforms in the island’s banking sector, now undergoing an extensive overhaul. The troika, as the lenders are known, would also look at privatisations of state-controlled enterprises which the three-year programme says could generate a cash boon of €1.4 billion for the country. The island flirted with financial meltdown six months ago before agreeing to wind down a major loss-making bank and confiscating deposits in a second lender, Bank of Cyprus , to recapitalise that bank. Both banks made massive losses on a restructure of debt in neighbouring Greece, and rescuing them proved impossible for a cash-starved Cypriot government excluded from international markets because of fiscal slippage.

In its first review held over the summer, lenders said Cyprus had made progress with overhauling its banking sector and pushing through structural reforms. “I’m certain that the second assessment will be as favourable as the first as to the manner in which we are dealing with the hardships and our obligations,” said Cypriot President Nicos Anastasiades. The troika mission plans to be in Cyprus until November 8.

Cyprus has so far absorbed 47 per cent of its €10 billion euro aid package. Part of it was used to prop up cooperatives, dozens of small savings banks which are to be merged and revamped by early next year. Cypriot officials said troika representatives would be informed of a restructuring programme for Bank of Cyprus, owned by the depositors whose savings were converted to equity to save the bank.

Bank executives declined to comment on what the restructure entailed or on speculation it meant splitting Bank of Cyprus into two, to buffer it from rising non-performing loans. The bank reported record losses of €2.3 billion for 2012 on a surge in non-performing loans as a crippling recession impacted people’s ability to repay debts. John Hourican, a former RBS senior executive appointed CEO of Bank of Cyprus last week, said the issue of non-performing loans was among the most pressing issues at the bank. “This is an unprecedented situation that has happened to Cyprus and to the Bank of Cyprus and I think that, while the problems are actually quite clear, the solutions are as of yet untested, and not clear to me given that I haven’t yet taken full possession of the job,” Hourican told journalists after meeting Anastasiades on Tuesday. He fully assumes his duties on Monday, November 4.