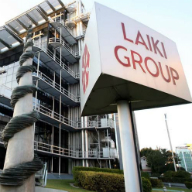 Cyprus abolishes restrictions on cashing cheques as it lifts the last main domestic capital controls imposed in March 2013 to avoid a run on banks during bailout negotiations.

"With the new 29th decree issued today by the Minister of Finance, all restrictions on domestic transactions are lifted... except the opening of a new bank account," the Finance Ministry said.

The controls lifted on Friday were a ban on the cashing of cheques and limits on transactions and payments of €50,000 for individuals and €200,000 for companies. "All restrictions concerning transactions abroad remain unchanged," the ministry statement said.

Friday's move shows Cyprus is closer to lifting the eurozone's only capital controls. Finance Minister Haris Georgiades abolished a €300 daily ceiling on cash withdrawals from Cyprus banks in March. However, Cypriots are still not allowed to take more than €3,000 with them when they travel abroad.

Nicosia said it is able to gradually ease restrictions because it has passed three reviews from the troika of international lenders and received bailout cash to restructure its near bankrupted banking system. International lenders are expected back on the recession-hit island to conduct a fourth review next week.

Nicosia says the island could abolish all controls by the end of 2014 if enough progress is made in adopting the bailout programme and investor confidence is fully restored.

Cyprus agreed the €10 billion rescue package with the European Commission, European Central Bank and International Monetary Fund to bail out its troubled economy and bloated banking system in March 2013. The deal included a restructuring of banks, with the island's second-largest lender, Laiki, wound up and its good assets folded in to the largest lender, the Bank of Cyprus (BoC).

Deposits above €100,000 in both banks were subjected to so-called ‘bail-ins’. Those amounts from Laiki were converted into BoC shares, and 47.5% of deposits already held in BoC were also converted.

Fears of a bank run in March 2013 forced the government to close all Cyprus banks for nearly two weeks and impose the draconian controls when they reopened.