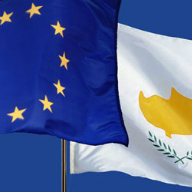 Cyprus is gearing up to exit the bailout programme that was signed with the Troika of international lenders in 2013 and is due to expire in the first quarter of 2016.

A finance ministry official told the press that there are two programme reviews left until the programme expiry in March 2016.

In a bid to avert the collapse of its banking sector and to cover its financing needs, Cyprus and its international lenders, the European Union, the European Central Bank and the IMF concluded a €10 billion bailout in March 2013.

Apart from cuts to public spending the bailout conditions featured an unprecedented haircut on banking deposits over €100,000 to recapitalise the island’s largest lender, Bank of Cyprus.

Despite dire predictions at the time, two years on Cyprus has outperformed its fiscal targets and has registered a small real GDP growth rate in the first quarter of 2015 after 14 consecutive quarters of recession.

Title deeds on the agenda

One of the pending issues in the current review, the official said that progress was made in the previous review on the bill to address the problem of borrowers who were not issued with title deeds because land developers had defaulted.

Meanwhile, the bill on loan sales and loan securitisation has been submitted to the Law Office for legal vetting.

On the issue of structural reforms, the first pending issue concerns the reform of the civil service, an important aspect of which is the issue of overhauling the system of increments for pay.

In the past public-sector servants received automatic pay rises based on length of service in addition to inflation-linked increases.

“We will not allow the return to the previous procedures under any circumstances.

“These issues will be regulated in a way that would safeguard the public finances’ sustainability,” the source emphasised.

The second pending reform is privatisation. The privatisation of Limassol Port is progressing and a tender has been launched for offers from prospective investors.

For the lease of the Larnaca port, new plans will have to be drafted, as negotiations with the private Zenon consortium broke down in recent weeks.

As regards telecommunications, there will be a bill for the creation of a new state owned-corporation into which all operations of Cyprus Telecommunications Authority will be transferred. The new entity will then be sold to a private investor.

Under the programme terms, Cyprus must raise €1 billion from privatisations by March 2016 and an additional €0.4 billion by 2018. Plans to give public hospitals budgetary autonomy will also move forward with a bill being tabled to the Council of Ministers in the coming autumn.

After concluding the current review, Cyprus will begin drafting the 2016 state budget. It will be the last budget under the €10 billion economic adjustment programme.

Following the conclusion of the review that got under way on Monday, Cyprus will receive a tranche of €0.5 billion from the European Stability Mechanism.

It will go towards paying a €863m Eurobond that matures in November 2015.