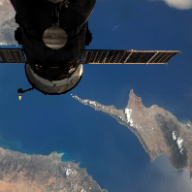 Cypriots have made their home across the globe, but outer space remains as yet unexplored territory, however a newly launched company hopes to change that and plans to land a robot on the Moon by the end of 2015.

The Cyprus Space Office is the newest member of Synergy Moon, a private space company competing in the Google Lunar X Prize. Synergy Moon is among 25 teams competing for a $20 million (€14.82 million) prize for being the first to safely land a robot on the surface of the Moon, having it travel 500 metres over the lunar surface and sending audiovisual data back to earth.

The Cyprus Space Office is working on the education front with head Sotira Trifourki working on projects such as Science Hack Day, to encourage people to collaborate on designing apps, robotics and gadgets. The event is due to take place between April 6 and 7 this year at the Home for Cooperation in Nicosia. “With the rise of Citizen Science projects and private companies developing the capabilities for space travel, the time has come for Cyprus to develop its plans to join the international community in exploring space,” the statement said.

The Cyprus Space Office wants to go beyond helping Cypriots access space, it aims to create manned and unmanned orbital launch vehicles, train teachers, and use space industry developments to drive the economy and support job creation. “The benefits (of space travel) include monitoring our environment, research into improving our health and transport systems, and developingtechnology which can fuel innovation and create jobs to boost our economy. The possibilities are endless,” Trifourki said.

Teams must be at least 90 per cent privately funded but may have governments among their clients, Google Lunar X Prize said on its website. If none makes it by 2015, the competition expires.