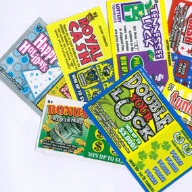 The Troika has told the government it must abide by the roadmap for privatisations of semi government organisations (SGOs), which it says can be achieved by 2018, with the state also pondering about the sale of services such as the lottery.

The privatisations of SGOs will be discussed at a meeting of the Troika officials and the Head of Privatisations, Constantinos Herodotou, whose unit will be staffed soon to oversee the procedure and make recommendations.

The state is also considering selling the National Lottery to a strategic investor with government sources saying that annual revenue from the lottery is estimated at €20 m.

Tuesday’s meetings of Troika technocrats also focused on the anti-money laundering system.  A meeting between representatives of the lenders and the Cyprus Security and Exchange Commission (CySEC) focused on the supervision of administrative services providers (ASPs) and the implementation of a risk management system aimed at tackling money-laundering issues.

CySEC Chairwoman Demetra Kalogirou told the Cyprus News Agency that the Troika wants the system to operate by the end of the year and include all the information concerning ASPs, however the Commission intends to include all companies under its own supervision.

After the meeting, Kyriakos Iordanou, Director of the Institute of Certified Public Accountants of Cyprus (ICPAC) noted that Cyprus’ image as regards money laundering has improved.