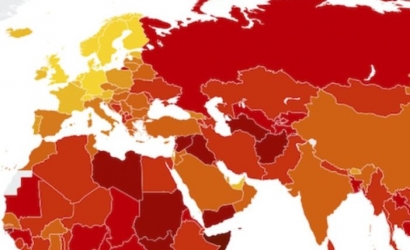 Cyprus has yet again failed to improve its position in another economic competitiveness report compiled by an international body while offering no national blueprint to rectify the situation.

Following its poor performance on a digital competitiveness report earlier this month, ranking 54 from 63 economies just one spot above the Philippines, Cyprus has failed to step up its game regarding the overall competitiveness of its economy.

According to the Global Competitiveness Report compiled by the World Economic Forum, the country has a lot of ground to cover as only five EU states performed worse than Cyprus.

WEF's local partner, economist Pampos Papageorgiou told the Financial Mirror that Cyprus' position is quite good compared to a list of 141 countries but compared to countries in the same EU economic area, only 5 countries appear to rank lower.

These are Hungary, Bulgaria, Romania, Greece and Croatia. Greece dropped two spots to find itself 59 on the list.

Singapore topped the index, followed by the US, Hong Kong, the Netherlands and Switzerland.

The index is organized into 12 pillars, reflecting the extent and complexity of the drivers of productivity and the competitiveness ecosystem.

“Essentially, the index showcases the competitiveness of world economies and the capacity they have for sustainable development,” said Papageorgiou.

He said there is significant room for improvement but there is no magic wand.

"We should slowly build a culture of competitiveness in key sectors of the economy."

Papageorgiou said Cyprus scored well on fiscal performance. Significant improvement was also recorded in the pillar of the financial system, in which Cyprus occupied 76th position from 95 last year.

Regarding macroeconomic stability, Cyprus climbed to 43rd spot from 63 with a total score of 90 points compared to 78.9 the year before, while in health Cyprus jumped to 13 from 26, mainly owing to the introduction of the national health scheme.

In the pillar of skills, Cyprus gained one spot climbing to 32 and for product market, it declined to 33 from 26.

Papageorgiou said the country’s low score is directly connected to the non-performing loans in the system and the lack of other forms of financing besides borrowing.

“It is not only people who want to buy a house or take out a consumer loan that are having trouble accessing financing. Businesses, especially start-ups, have no alternative other than borrowing from banks, which are keeping a tight lid on loans.”

He said following the Cyprus Stock Exchange crash, businesses have no other way to attract capital.

There is no market for IPOs (Initial Public offering), businesses cannot draw in money with rights issues, as effectively there is no stock market, while terms like venture capital are almost unknown in the country.

Businesses rely solely on borrowing from banking institutions for financing, which is nonexistent.

Cyprus has also fallen behind in the Information and Communication Technology adoption, dropping to 58 from 33rd position it held in the previous report.

“It is true that data provided to the WEF from ITU show Cyprus lagging in areas such as broadband services and phone lines. A group of WEF partners are currently looking into the matter and will be providing an insight into why this has happened,” said Papageorgiou.

"We are surpassed by all the countries with which we joined the EU in 2004 except Hungary. Of the remaining member states, we are only better off following Romania, Bulgaria and Croatia that joined afterwards, and Greece, which is just now emerging from a crisis that lasted for almost 10 years. "

He said Cyprus is lagging in almost all areas of financial activity from the efficiency of our legal system, the adaptability of the government sector, the long-term vision and planning, the adoption of new technologies.

The most worrying, he said, is that all these factors that hold our country back cannot improve overnight.

"They are related to our outdated legal framework, education, with our students performing worse than the majority of those in the rest of the EU,” said Tirkides.

“There is a lack of a common vision and a shared understanding of priorities at a national level,” he added.

President of the Fiscal Council Demetris Georgiades said it is only natural that Cyprus would be finding itself at the lower end of such surveys.

He said red tape, lack of transparency and a cumbersome justice system is putting off investors from eyeing Cyprus as an investment destination.

An investor could spend years lost in the labyrinth of state bureaucracy, as they have to issue an unnecessarily large number of permits, which in many cases overlap.

But the biggest turn-off for investors is the lack of transparency and the delays in the justice system.

“The be-all for setting up a business-friendly environment is a country’s justice system,” said Georgiades.

While investors wanting to build a hotel in Cyprus have to wait three years before obtaining the necessary licenses to proceed, they see that the majority of Cyprus hotels are operating without licenses.

“It is no surprise at all, that despite being an economy dependent on tourism, we have but one chain of hotels, which had to go through the long corridors of state bureaucracy before setting up shop,” said Georgiades.

He said investors want to feel safe, knowing that deals and contracts signed with local counterparts will be kept, but what they see is a slow justice system which takes years to deliver a verdict on disputes.

“Serious investors are put off. What does that leave us with? Investors with a dodgy background who know how to play the system. That’s what happened with Laiki Bank.”

The Cyprus Economic and Competitiveness Council is to set up a special subcommittee for an in-depth study of both the World Economic Forum's International Competitiveness Report and reports from other organizations to identify strengths and weaknesses.

The council said it is working on shaping the country’s long-term strategy for sustainable economic development.