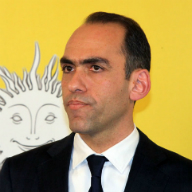 Cyprus has made some progress in transparency and taxation matters, but there is more to be done, Alain Lamassoure, chairman of the European Parliament’s Special Committee on Corporate Taxation II (TAXE2) said recently.

He was referring to decisions and recommendations by the EU and OECD on the subject.

Lamasourre is on an official visit to Cyprus accompanied by a Commission delegation to look into the Cypriot corporate tax practice. On Friday morning he had a meeting with the Tax Commissioner, the Head of the Tax Department and the Director General of the Finance ministry,Christos Patsalides.

At the meeting, the chairman explained that the European Commission will present a Common Consolidated Corporate Tax Base (CCTB) later this year, expressing the hope that the Cypriot authorities will agree to the proposal.

“The political objective is to have the same definition of taxable (corporate) income among the 28 member states, including intellectual property, and each member state will set its own tax rate,” he said.

On the publication of the Panama Papers, the French MEP encouraged the Cypriot authorities to do what the other member states are doing. “In a way, we are all involved in these documents … we must begin criminal investigations and to ensure that all information in our countries either from banks or audit firms remain available and are not destroyed.”

Several Cyprus-based companies were mentioned in the myriad of leaked documents from the law firm Mossack Fonseca, with the local authorities investigating whether any tax violations or evasion had occurred.

However, the co-rapporteur of the commission, Michael Theurer, explained that the different tax systems create holes that allow multinational companies to benefit from zero taxation.

The Cypriot government is working on these issues, he acknowledged. “There are great improvements, I recognise that, but especially now with the Panama Papers, I believe that the external dimension of taxation should be the focus of future work,” he added.

To an observation that Cyprus does not have zero taxation, Theurer replied there have been cases with taxes close to zero, but not in Cyprus.

Both Lamassoure and rapporteur Jeppe Kofod noted that Cyprus has one of the lowest tax rates on intellectual property in Europe, amounting to 2.5%.

According to Kofod, if you look at 2.5% in the long range, this can be classified as harmful tax practice.

“We will identify and blacklist tax havens and of course we want cooperation in this matter which is urgent in light of the Panama documents,” he added.

Replying to a question, Lamassoure said that with the quality of its professionals, Cyprus will be among the countries that will benefit most from a transparent and fair tax system.

Patsalidis went on to say that upon instruction of both the President and the finance ministry, the tax department is examining all the information from the Panama Papers and will take all necessary steps to investigate all matters arising from the investigation.

“Within the next few days, the legal service will determine the next steps for the so-called Lagarde list”, he concluded, referring to another leaked document of a list of tax evaders.

Responding to a question, the Director General said that as Cyprus we don’t see the common tax base and potential common tax rates as positive. “Because”, he stressed, “this would remove another instrument of economic policy and budgetary policy from the state.”

Finally, he noted that so far Cyprus has done everything to combat tax evasion, money laundering and tax havens.