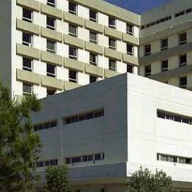 Total expenditure on health services reached 7,3% of GDP in 2011 recording an increase of 0,2% in comparison to 2010, according to new data released by the Statistical Service.

During 2011 75.441 patients were admitted for treatment and discharged from the general hospitals recording an increase of 0,6% over the previous year, whereas the disease category, 'Injury, poisoning and certain other consequences of external causes' has the highest share 8,1% of in-patients in general hospitals. According to the same data 29.663 surgical operations performed on in-patients and out-patients in 2011 recording a decrease of 3,1% over the previous year. As noted, operations on the general surgery accounted for 28,1% of all operations performed on in patients and out-patients.

At the same time out-patients attendances increased by 3,9% over the previous year, reaching 1.988.692, of which 52,5% represented attendances at rural hospitals and health centers. The highest proportions of out-patient visits have been observed for the specialties of General Medicine, Cardiology, Internal Medicine, Pediatrics and Gynecology-Obstetrics. Also a total of 411.770 patients visited the Casualty Departments of the general hospitals in 2011, recording a decrease of 2,7% over the previous year.