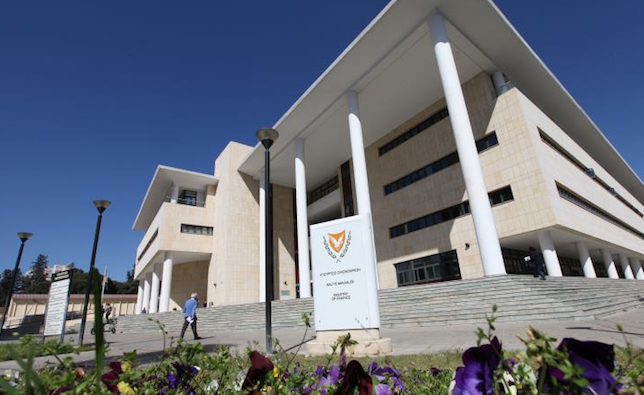 Credit rating agency Standard and Poor’s affirmed Cyprus’ long-term credit rating at BBB-, while maintaining a positive outlook, stressing that despite the Ukrainian crisis and economic sanctions against Russia, the medium-term outlook for the Cypriot economy remains strong.

“While we expect the crisis in Ukraine to weigh on Cyprus’ economic performance through sanctions imposed on Russia, a key economic partner (of Cyprus), the medium-term economic outlook remains solid,” the agency said, noting that the average annual growth between 2023 and 2025 is estimated to be 3.2%.

Moreover, while S&P notes that growth will be lower this year due to strong pressures on the Russian economy, solid economic activity is still expected, supported by disbursements from the European Recovery and Resilience Fund for the period 2021-2026.

“We expect that the escalation of Russia’s intervention in Ukraine and the consequent Western sanctions against Russia will burden economic activity in Cyprus, given the close economic and financial relations, which adds to the rising energy prices,” the agency explained.

Furthermore, the report reiterates the adverse effects of banning Russian aircraft from Cyprus’ airspace, saying that this will be a major blow to tourist arrivals from Russia, the second-largest tourist market for the island after the United Kingdom, although some arrivals from the EU may partially offset this.

Regarding Russia, another source of concern is that it is also a key market for business services, which account for 11% of Cypriot GDP, while risks could escalate due to the large transactions using Cypriot business entities, although links to the real economy are limited.

“While we expect growth to be lower this year, the structural trend and outlook are very strong,” the report noted, adding that the agency expects Cyprus’ fiscal policy to remain focused on reducing economic vulnerabilities and improving the health of the financial sector.

In terms of public finances, the agency estimates that the budget deficit of 1.8% in 2021 was much lower than early estimates, adding that it now expects continued improvement and surpluses in 2024.

Regarding government debt, the report stated that after a significant increase in 2020 to 115% of GDP, the improvement in Cyprus’ fiscal performance led to the decline observed in 2021.

“We expect this trend to continue, with general government debt falling to 80% in 2025,” S&P said.

However, the agency pointed out that the financial vulnerability associated with high levels of private debt will persist.

Regarding the banking sector, the agency noted that while troubled assets have fallen sharply, mainly due to the sales of non-performing loan portfolios, they still remain high compared to those of European banks.

Also, the high concentration of loans in the real estate sector (13% of the total loan portfolio) and in tourism (9%) in relation to the high share of loans in stage 2, could lead to a deterioration in the quality of assets and delay the resolution of the remaining risks from the 2012 crisis.

However, supportive fiscal policy and auxiliary monetary policy, combined with Cypriot banks’ restructuring efforts, will reduce losses and distribute the impact on banks’ books over a number of years.

Therefore, the agency now expects that the forecasts will remain above normal levels and that the NPL ratio will remain at 9% and 14% for 2022 and 2023 respectively.

Furthermore, state-owned asset management company Kedipes is working on a mortgage-to-rent scheme, which could handle loans of up to €1.5 billion, corresponding to about 40% of total NPLs, reducing the overall red loan ratio to 9%.

The agency also noted the reduction in banks’ reliance on foreign deposits and insufficient liquidity, adding that banks have a capital cushion to absorb a potential deterioration in assets.

“We expect that banks’ ability to raise capital will remain limited for the next two years, as they continue to invest in reducing the operating structure and digital transformation,” S&P said.

At the same time, the agency estimates that the direct exposure of the banking system in Russia through loans and deposits is limited, although some smaller banks may have a higher concentration.

Finally, the impact on Russian economic activity could somewhat affect the volatility of deposits in Cyprus, although the liquidity surplus, where deposits are 180% the value of all loans, could offset these changes.

Commenting on the evaluation, the Ministry of Finance said that the report is positive towards the Cypriot economy, despite the difficulties created by the wider geopolitical conditions, saying that it “shows their confidence in the dynamics of the Cypriot economy to meet the challenges presented”.

“The further improvement of public finances and the continuous consolidation of the banking sector are expected to lead to further upgrades of the indebtedness of the Cypriot economy,” the ministry added.