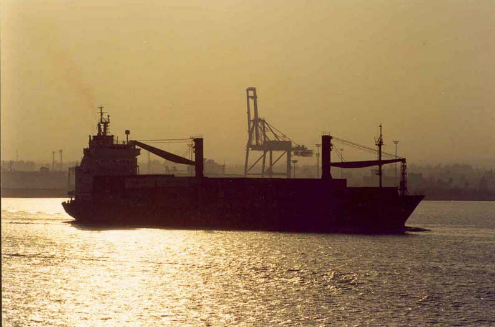 Cyprus' security authorities are monitoring the movements of the Turkish Barbaros, a seismic Turkish frigate, which violated the Exclusive Economic Zone (EEZ) and are ready to face any eventuality, sources of the Ministry of Defence told the press.

The sources said that ‘Barbaros Charientin Pasha’ entered the Cypriot EEZ yesterday evening and at around 11:00 in the morning violated the block 3 of Cyprus' EEZ and the sovereignty of the Republic as well.

Barbaros is accompanied by three vessels, the ‘Bravo Support’, the ‘Deep Supporter’ and the warship ‘Gelibolu’.

The same sources said "on our part we monitor, record and document all violations by Barbaros to be used by the political leadership in dealing with the situation."

What is important, it was said, is that the drilling in block 9 of the EEZ goes smoothly without any problem.

Meanwhile the Russian navy is from Monday holding naval exercises at sea, off Cyprus’ eastern coast until 23 of October. A request from Russia to hold exercises has been communicated to the government of the Republic of Cyprus, something which highlights the importance Russia attributes to Cyprus’ sovereignty.

The Russian exercise will be held from 7 a.m. until 7 p.m. each day. An area of 800 square miles at sea has been committed to this exercise.

Exercises in Cyprus commence Tuesday and Israel in Nicosia FIR and land-based.