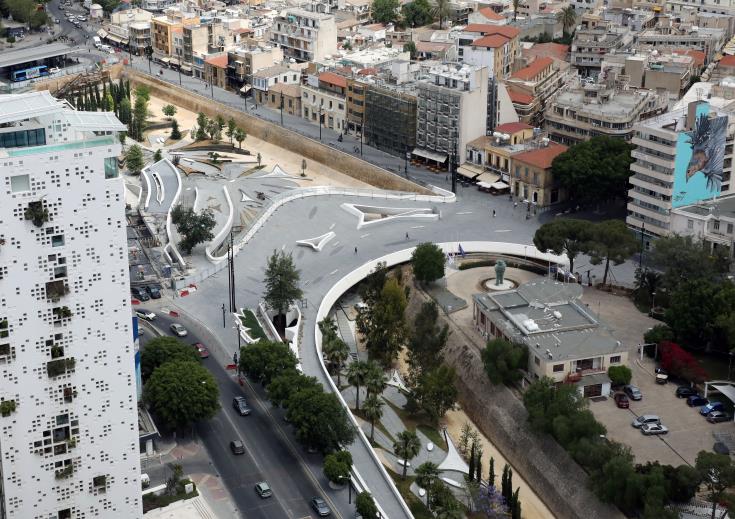 With the spectre of a new, but softer, lockdown looming, epidemiologists met Health Minister Constantinos Ioannou on Monday where they suggested tighter measures to contain COVID-19, especially in Limassol and Paphos.

Tougher lockdown restrictions are expected for Limassol and Paphos, while a night curfew and ban on afterschool activities could be extended across Cyprus.

The new measures will be announced on Wednesday after the cabinet has reviewed the COVID data.

The government has said it wants to avoid a harsher, total lockdown similar to the one imposed in March and April.

Following Monday’s meeting scientist Constantinos Tsioutis, a government advisor said: “We are witnessing issues in Limassol and Paphos and our fear is that the problem could spread to other districts.”

He added: “Therefore, the aim of the new measures is to further reduce the spread of the virus in the Limassol and Paphos districts and on the other hand to reduce the chances of witnessing an increase of cases in other districts”.

Tsioutis said “there is a possibility” that some of the measures enforced in Limassol and Paphos will be extended to other districts.

He stressed that the problem is located in Limassol and Paphos, so the measures will be tighter in those two areas compared to the rest.

“In the Limassol and Paphos districts, there is widespread transmission in the community, which is significantly different from the previous surges that consisted mainly of outbreaks and clusters which were easier to control.”

The country’s epidemiological picture has taken a turn for the worse as cases have largely remained in three digits over the past two weeks and it is believed that only tighter restriction can stop the spread.

Cyprus reported another 197 new cases on Sunday from low 3,053 tests due to a number of labs not working during the weekend, up from 149 on Saturday.

It was the second-highest figure since the outbreak.

Health authorities in October alone have reported 2,611 cases, more than half of a total of 4,563 since the outbreak in early March.

It is understood experts are suggesting that a night curfew – from 11 pm until 5 am — already imposed on Limassol and Paphos should be extended to cover the entire island.

Experts were hoping that recently imposed measures would see a turnaround with the number of cases dropping significantly. If anything, following the weekend, experts are even more concerned.

On Sunday, one in four samples of people tested for the virus through the ministry’s track and trace procedures came back positive.

Sunday’s 197 new cases of coronavirus resulted from a total of 3,053 tests with 177 domestic infections resulting from 1,997 tests, which means that one in 11 people tested positive for the coronavirus.

Of greater concern is the gradual increase in patients with severe symptoms and in need of hospitalisation.

A total of 39 people are in hospital with COVID, of which 5 are intubated at Nicosia General’s Intensive Care Unit and 4 are being treated in Famagusta General’s Acute Care Unit.

Measures in place islandwide to stem the spread of the virus include a ceiling of 10 people at any social gatherings outdoors or in households.

Places of worships can only have a maximum of 75 people.

Official sports fixtures must be conducted without spectators.

The maximum number of people that can be served in catering establishments is 75 for indoor spaces and 150 for outdoor spaces.

Tables at restaurants, bars or sit-down events should seat no more than six people.

Cinemas, theatres, and event halls are allowed a maximum 50% of capacity.

Cocktail parties and receptions at weddings and christenings are banned.

A physical presence is only allowed for lunch or dinner with a maximum number of 350 sitting down to eat at such celebrations.

Vulnerable groups and anyone aged 60 or over have priority in at supermarkets and visits to the pharmacy between 8-9 am.

Also, children’s extra-curriculum activities such as swimming, dance or martial arts lessons have been banned. Under 18 sporting events have been called off.

These measures began on Friday, 23 October and were to last up until 9 November.