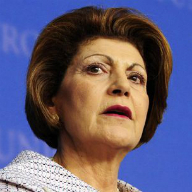 Cyprus must prepare its youth for work

Ensuring that young Cypriots have the skills employers are looking for is vital, if the country is to reduce its youth unemployment rate, which has increased from 9% in 2008 to more than 40% today among under 25s, according to the EU Commissioner for Education.

The need to address the 'skills mismatch' will be the focus of a speech by Androulla Vassiliou, European Commissioner for Education, Culture, Multilingualism and Youth, at the European University Cyprus Forum on Youth and Employment, said a Commission press release. The economic crisis has hit young people more than any other age group. Around six million young people are currently unemployed across the EU and the level of youth unemployment in Cyprus is nearly twice as high as the overall jobless rate (23% in Cyprus v 12% in EU).

Commissioner Vassiliou commented that "levels of youth unemployment across Europe are unacceptably high. They can only be overcome if our education and training systems are more effective and adapted to the needs of the job market". Like many other countries, she noted, Cyprus needs to better prepare its young people for work. "We have to address the mismatch between the skills our young people leave education with and the needs of employers. Today, there are 2 million vacancies in Europe which could be filled by young people, but a third of employers cannot recruit staff with the right qualifications", she added.

Cyprus is also faced with a unique problem in the EU: the unemployment rate for young graduates (25%) is higher than among the lowest skilled groups (22%). This partly reflects its high level of tertiary graduates but is equally due to the skills mismatch. In contrast, the unemployment rate in the EU is less than 11% on average for graduates and 27% for those with only lower secondary qualifications or less.

The European Commission is working together with Member States to put in place a Youth Guarantee, aimed at ensuring that all young people under 25 get a good-quality, concrete offer of a job, apprenticeship, traineeship, or continued education within four months of leaving formal education or becoming unemployed. Cyprus is due to receive €11 million from the EU`s Youth Unemployment Initiative to support the introduction of the Youth Guarantee. "This funding will support apprenticeships, work placements and job advice. Cyprus has submitted a `Youth Guarantee Implementation Plan` to the Commission, in which it outlines reforms of apprenticeship, vocational education and training systems. `Second-chance` education for vulnerable groups, such as early school leavers and low-skilled unemployed, are also part of the plan", she added.

Over the next seven years, the new Erasmus+ programme will provide grants for 15 000 Cypriot students, young people and education, training and youth staff to study, train or volunteer abroad, a 50% increase on the number supported under previous programmes. "Erasmus+ can contribute to reducing youth unemployment because it improves a young person`s foreign language skills, adaptability and self-confidence. Our studies show that young people with international experience are more attractive for employers and that the likelihood of attaining a managerial position ten years after graduation is 20% higher for Erasmus students compared with those who were not mobile during their studies," added Commissioner Vassiliou.