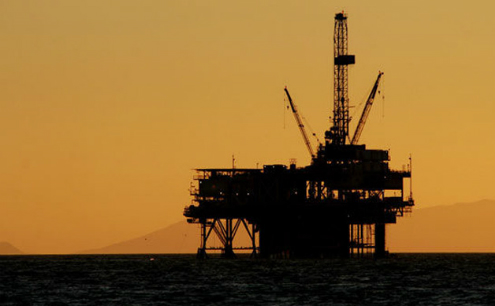 In an article published in the Oxford Energy Forum, Quarterly Journal for Debating Energy Issues and Policies, Ellinas stresses, inter alia, that the advantageous geographic location of Cyprus – at the crossroads of major international energy routes to Europe and the Far East through the Suez Canal – makes the island a natural regional energy hub in the East Mediterranean and the natural location to develop a liquefied natural gas (LNG) plant.

Of the possible export options, he argues that LNG provides the flexibility to serve several markets and customers, providing the strategic advantages that Cyprus needs. Pipelines do not offer flexibility in the selection of markets. Also, the water depth in the eastern Mediterranean (2000m+) limits the size of pipeline, and thus throughput, he says, adding that given the amount of gas that Cyprus expects to be exporting by 2025, pipelines do not offer a practical solution.

KRETYK Chairman says that the decision to build an LNG plant in the south of the island at Vasilikos was reconfirmed by the President of the Government of Cyprus, Nicos Anastasiades, in April 2013. He said that with the timely establishment of an LNG plant, Israel and Lebanon should also be able to bring their gas to Cyprus for liquefaction, making it possible to create a world class LNG hub at Vasilikos.

By 2025, he notes, Cyprus could be in a position to export 25 million tonnes LNG (35 bcm) per year, starting with 5 million tonnes (7 bcm) by 2020. This could rise to 35 million tonnes (50 bcm) per year if Vasilikos becomes an LNG hub for the region. He also says that even with only 50% of this gas going to Europe, by 2025 Cyprus and the Levantine Basin could supply 25 per cent of the additional gas needs of the EU, which is far more than the 10 bcm of gas currently planned for TANAP per year, making the East Med a much larger potential gas supply source.

The East Med Gas Corridor could form a new independent and secure supply of LNG which could contribute substantially to the EU’s future energy security, he notes. Furthermore, he notes that a Cyprus-based LNG plant would give access to the attractive markets of Asia, especially those of the Far East, where demand for gas supplies keeps growing and LNG prices are particularly high and are expected to remain so in the 20’s.

Over the long term, he adds, Cyprus’ offshore gas will have to compete with production from lower-cost supplies from East Africa and unconventional gas sources such as shale gas from North America. Ellinas also notes that there is a wave of large projects coming to fruition from 2014 onwards in Australia. These will expand LNG supply from 25 mmtpa to 88 mmtpa and Australia is expected to become the largest LNG supplier in the world by 2018, he adds.

With Cyprus planning to start exporting in 2020 the Far East, as well as the EU, remains an attractive market, he says. The main competition, he adds, will be projects in North America and East Africa, which are expected to start exporting LNG at about the same time, but they could have an advantage cost-wise. As a result, controlling costs and completing the Vasilikos LNG plant as early as possible will be key factors in its success, he concludes.

Exploratory drilling carried by Huston-based Noble Energy in 2011 revealed a gross natural mean raging from 5 to 7 trillion cubic feet (tcf). Noble Energy operates Block 12 with a 70 percent working interest. Delek Drilling Limited Partnership and Avner Oil Exploration Limited Partnership each own 15 percent. On June 26, 2013, Cyprus government, Delek and Avner signed a Memorandum of Understanding (MoU) with regard to the construction of a Liquefied Natural Gas (LNG) terminal in the Cyprus.