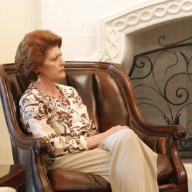 EU Education Commissioner Androulla Vassiliou has stressed the need for Cyprus to put special emphasis on vocational training institutes for school leavers to fill a long-standing gap in the market. Speaking following a meeting with President Nicos Anastasiades at the Presidential Palace, Vassiliou said this was her first professional meeting with the president.

The EU Commissioner said she told Anastasiades that special emphasis should be given to institutes offering vocational training to school leavers, adding: “This is something that will help immensely in filling a void that has always existed.”

Cyprus has a very high degree of school leavers who go on to undergraduate and postgraduate studies. Following the near collapse of the Cypriot banking system, and subsequent impact on the economy and employment, a number of economists and analysts have recently called on the authorities to better coordinate the education sector so as to close the gap between the needs of the market and the jobs pursued by school leavers.

Vassiliou noted that on July 2 she and her colleague, Employment Commissioner Laszlo Andor, will inaugurate a new project promoting apprenticeships which should go some way towards helping unemployed youth. She hoped a representative from Cyprus will also attend the inauguration to ensure that the knowledge and expertise presented will be brought back to the island.

The EU Commissioner also agreed with Anastasiades to hold joint meetings at least once a year between herself and the rectors and vice-rectors of universities, members of the House Education Committee, and Education Ministry officials to better coordinate on education matters. A first such meeting will be held this autumn, she said. Regarding the deep recession facing Cyprus following the Eurogroup decision last March, Vassiliou said those working in Brussels are prepared “to help Cyprus as much as we can”.