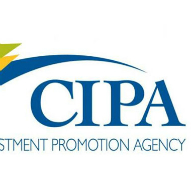 Cyprus needs to diversify its economy and is working to attract foreign direct investment from a wider range of sectors, the head of the Cyprus Investment Promotion Agency, Charis Papacharalambous told the press in an interview.

Banking and financial services, energy and tourism have been the mainstays of development in the past, but the agency is now trying to also establish technology and medical tourism as drivers of growth on the island.

“I think we have a tendency as a nation to rely on what seems to work. We need to build a more multidimensional economy, and that’s exactly what we’re trying to promote,” said CIPA Director General, Charis Papacharalambous.

He said CIPA is keen to promote Cyprus as a centre for education, research and development and information technology, and has been leading a team of private and public experts trying to establish potential incentives to build a €300 million Technopark outside Limassol.

“Over the next six to 12 months I think we’ll see a tender process being issued. The initial investment by somebody who would be interested would be between €20 million and €50 million and the rest would be self financed,” Charalambous said.

He pointed to recent progress in the development of a marina in Ayia Napa-Ayia Thekla as proof that FDI is returning to Cyprus, and added that medical treatment and rehabilitation centres could also be a growth sector.

Egyptian business tycoon Naguib Sawiris confirmed interest in investing in the €220 million marina in January this year, and separate investors are planning a €140 million residential and medical rehabilitation resort.

But Papacharalambous said these sets of figures include companies investing through Cyprus, and that pure material FDI in 2014 was strong because the government has been re-establishing trust in the system after the events of 2013, when the country required a €10 billion financial lifeline from the European Union and the IMF to stave off bankruptcy.

“Unemployment has stabilised, the banks are back on their feet and have been recapitalized, FDI has started to flow into the country, and a lot of other structural change are underway,” he said.

CIPA forecasts GDP growth of 0.9% in 2015, in line with the International Monetary Fund, up from a contraction of 4.2% in 2014. The University of Cyprus is more pessimistic, estimating that the economy will contract by 0.4% this year in the latest outlook published by its Economics Research Centre.

“We identified that there has been more and more interest from the US in tangible investments, and this comes in sectors other than hydrocarbons, where the US is dominant,” Paracharalambous said. “We felt it necessary to promote ourselves a bit more in the US and explain to people that we managed to stabilise ourselves far quicker than expected after the bailout,” he added.

European Central Bank President Mario Draghi said in Nicosia last month that Cyprus is well ahead in meeting targets set in 2010 to get its public finances in order.

Cyprus entered the so-called excessive deficit procedure in 2010, when it breached the 3% budget deficit limit first introduced in the Maastricht treaty and now part of the Stability and Growth Pact (SGP) for all EU member states.

Under the latest review of the excessive deficit, Cyprus had been given a target of 2016 to correct the budget deficit.

The country met that target two years early by posting a general government budget in balance and primary budget surplus (excluding interest payments) of 2.8% in 2014, according to figures from the Public Debt Management Office.

Paracharalambous was keen to disassociate Greece and Cyprus in terms of their economies, saying that rising yields for Greek government bonds and falling rates for Cypriot notes show the countries are moving in opposite directions.

“In the past the links were very strong, and the banking sector was part of the big link. Now the different trend shows how completely dislocated the two economies are these days,” he said. Cyprus’ plans to attract FDI are still being hampered by the levels of bureaucracy potential investors face, but the government is committed to cutting process and procedure, according to Paracharalambous.

“If we manage to do half of what we aspire to I think we’ll be in a very good situation in two years’ time,” he said.