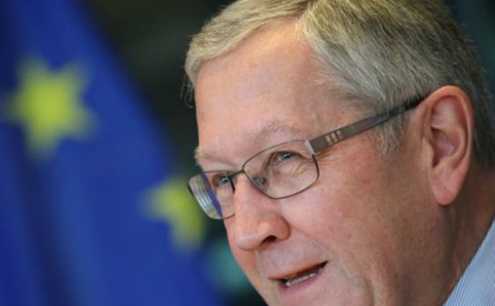 The text approved by the ESM board, also clearly mentions that the “reunification of the country, if ongoing talks succeed, would provide further opportunities for investment and growth”. The ESM report said that Cyprus exited successfully from its adjustment programme on March 31, using in the end only 70% of the €9 billion or so ESM package.

Over 2015 and early 2016, it continued reaping the benefits of the reforms undertaken since the start of the programme, it said.

In 2015, Cyprus exceeded targets in some key areas, such as on the fiscal side. And, while banks’ NPLs remained very high, the banking sector’s overall health continued to improve and capital controls were fully lifted in April 2015.

Cyprus returned to growth in 2015 after three years of recession. AnnualizedGDP grew at 1.6%, slightly better than expected in the most recent forecasts. Domestic demand growth of 2.9% largely drove this improvement. Net exports contributed negatively with 1.3% as imports expanded at almost double the pace of exports.

The ESM also recognised that the labour market started to recover with the unemployment rate declining to 13.1% in December 2015 from 16.8% in December 2014, but still, unemployment remained “very high” and far above the 10% registered in early 2012, the report said. Competitiveness continued to improve as unit labour costs fell again in 2015.

Cyprus was “broadly on track with fiscal adjustment and fiscal reform” measures in 2015. The general government headline deficit declined to approximately by 1% of GDP versus 8.9% in 2014.

The banking sector’s fundamentals improved further. An injection of additional capital in 2015 strengthened capitalisation, but excessively high NPLs weighed on profitability and outlook, the ESM added.

Although the NPL stock remained overly high in international comparison, it is expected to decline soon. The necessary legal frameworks aimed at reducing NPLs are now in place and banks have stepped up in pace and quality. “By maintaining the current pace NPLs could decrease at a faster pace than observed in other programme countries.”