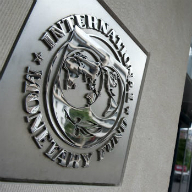 Cyprus needs to redouble its efforts to put its adjustment programme back on track after derailment by “heightened political opposition, entrenched vested interests, and reform fatigue”, which were taking a toll, the International Monetary Fund (IMF) said recently.

“The authorities need to redouble their efforts to achieve a durable economic recovery and an eventual exit from official financing,” the IMF said in a Staff Report at the end of discussions with Cypriot officials on an Article IV consultation.

It said delays in programme implementation had recently emerged. Following the break-up of the governing coalition in February 2014, the government lost its majority in parliament.

“Since then, political opposition to the programme has risen, signs of reform fatigue have emerged, and vested interests have been gaining traction,” said the IMF.

As a result, the authorities have encountered difficulties in implementing key elements of the debt-restructuring legal framework to address non-performing loans (NPL), with parliament having approved foreclosure legislation “that is not in line with programme objectives”.

Cyprus’ sixth tranche of its €10bn bailout programme has been held up due to differences between the executive and legislature on the foreclosures legislation. The Supreme Court is to rule on October 30 on whether four instruments tagged to the legislation by parliament are constitutional.

“In light of these developments and ensuing legal uncertainty, the completion of the fifth review has been delayed… after 18 months of strong implementation,” said the IMF. “The authorities need to overcome recent delays in the implementation of their adjustment programme.”

But, it conceded, overcoming the legacy of the crisis would be challenging. “The crisis has imposed a large cost on the economy and on the population. A painful but unavoidable recession is underway, and unemployment remains very high. Both the private and public sectors remain heavily indebted and the banking sector remains vulnerable, given high and rising NPLs, tight liquidity and capital buffers, and the need to maintain external payment restrictions to protect financial stability,” the report added.

IMF Executive Director for Cyprus, Menno Snel, in statements accompanying the report, said the Cyprus case had raised important policy issues, not least in the areas of modern bank resolution, programme design and timing, the size of financial systems/institutions, corporate governance as well as the inability of regulators or other international economic surveyors – including the Fund – “to ring louder bells in the years leading to this”.

The Cyprus story also served as another stark example of how inaction could lead to severe economic dislocations.

“In a still fragile environment such as the current one, it is a timely reminder that timid policies will only postpone underlying problems which will come to haunt the country later on,” he said. Firm upfront action could lead to a faster adjustment.

Snel said Cypriot authorities were cognizant that the achievements to date would be jeopardised if there was even a hint of complacency and were therefore determined to push through their commitments “even as headwinds have emerged”.

The IMF report said that with important structural reforms initiated, the focus now needed to be on implementation. The authorities recently legislated key reforms to the welfare system, public financial management, and revenue administration.

“They should ensure that reform implementation continues and manage the transition period prudently. Privatisation efforts should be stepped up. Growth-enhancing structural reforms could help increase the economy’s long-term potential,” the IMF said.

It forecast that Cyprus’ output would contract 3.2% this year before recovering modestly next year. “The outlook is difficult, with the recession expected to continue this year, followed by a modest recovery starting next year. Risks remain tilted to the downside,” said the IMF.

House prices are projected to fall by a further 5–15% before reaching equilibrium, the report said. Over the medium term, potential growth is expected to remain well below pre-crisis levels.

“The crisis will likely have a long-lasting impact on Cyprus’ potential growth, due to physical capital becoming idle and eventually obsolete, human capital shortfalls owing to hysteresis effects, and to individuals leaving the labour force after long unemployment spells.

As a result, long-term potential growth is estimated at 2%, half its pre-crisis level, driven by modest growth in the labour force —underpinned by long-term demographic trends — and education-led productivity improvements, while capital accumulation remains subdued, as resources shift away from construction toward tourism and non-financial services, where Cyprus has a comparative advantage.

“Additional adjustment measures are needed over the medium term to ensure fiscal sustainability. The adjustment should start in 2016, be growth-friendly and balanced over time, and focus on reversing the statutory spending increases that took place before the crisis,” said the report.

“To prevent a rapid rise in public sector wages following their expected unfreezing after the programme period, the wage bill needs to be further rationalised, including by revising current wage levels and pay scales, eliminating automatic increases, reducing employment in overstaffed areas,” it added.

In addition, further tax administration, and welfare reforms would also be needed, the IMF said.

“Even if the authorities manage to put the programme back on track, deeper and more prolonged private sector deleveraging, exacerbated by the impact of persistently low inflation on indebtedness, could weigh on domestic demand and endanger debt sustainability.”