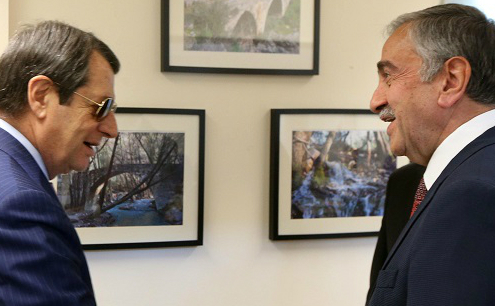 Government Spokesman Nikos Christodoulides has said that negotiations on the Cyprus problem are at one of their most critical junctures, since all chapters will be thoroughly discussed by September 14, 2016, during the UN-led talks.

Addressing a recent ceremony at the Ayios Athanasios Municipality, in Limassol, Christodoulides said that the current intensified phase of the negotiations is crucial and decisive, and its results will determine to a great extent how the current process will move on with a view to terminate the Turkish occupation and reunite the island.

Christodoulides noted that Anastasiades and Akinci will discuss by September 14, thoroughly and in detail, all the chapters of the Cyprus problem, with a view to find common ground on issues in which there are different approaches, as well as on issues that have not been discussed so far.

The spokesman said this is one of the most crucial phases of the negotiations and the Greek Cypriot side goes to the negotiating table with seriousness and with the clear aim of reuniting the country.

He assured that Anastasiades will continue his efforts “through unity that is needed at this crucial time, without any expedience,” noting that this is the only way that the vision of getting rid of the occupation army and reuniting the country can be realized.

Christodoulides noted that the need to end the “unacceptable state of affairs” and restore “the abnormality which Turkey’s 1974 invasion has caused.”

Anastasiades and Akinci have been engaged in UN-led talks since May last year with a view to reunite the island, divided since the Turkish invasion of 1974.