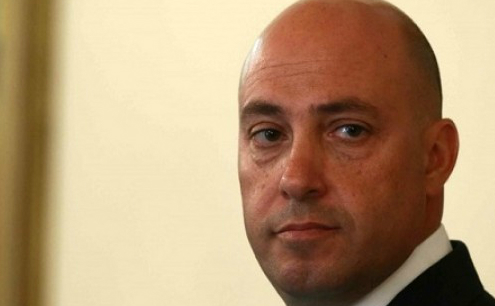 Health Minister George Pamboridis has announced June 1 in 2020 as the final deadline for implementing a National Health Scheme in Cyprus.

Pamboridis, who emerged out of a meeting with President Nicos Anastasiades and political leaders discussing civil service and government reform on Tuesday, said that everyoneaccepted the nature of the National Health Organisation (NHO).

NHO was established with the sole purpose of implanting the NHS, which was initially voted by the House in 2001 but has since remained inactive due to a series of failed attempts to introduce reforms in public health.

Recently the NHO has completed the evaluation of the companies trying to win the bid for the electronic software, which will form the backbone of the new system, according to the minister.

“The political leaders have praised the fact that the NHO says they have completed the bidding evaluation for e-health,” said Pamboridis.

There have been frequent mentions of political parties and other special interests as being obstacles to efforts in rolling out NHS, but unions of doctors and nurses as well as other civil servant groups have also received criticism for resisting changes in the public system.

Pasyki state doctors unions has come out saying that their members were been unfairly criticised in the media, following recent revelations of odd behaviours in public hospitals.

The Health Minister has said repeatedly that doctors must get the support they need, however any requests for change they may have ought to fit in with the greater effort of reform and not to revert back to the old system of the 1960’s.

But recent developments, including Anastasiades’ personal involvement in boosting Pamboridis’ efforts, have yielded results that have for the first time paved the way for political discussions ahead of reform bills heading to the House.

One main challenge remains the decentralisation or autonomy of state hospitals, while employment status and accountability are among many issues that caused heated debates and even strikes on the island.

The minister said the deadlines for autonomy are 1 June 2017 for state hospitals which will remain public, 1 June 2019 for outpatient care, and 1 June 2020 for the entire NHS.

“The three main deadlines of course do not rule out the earlier implementation of the three stages, but this will be based on how the new system is progressing,” he said.

Pamboridis says that health reform is absolutely critical in pushing forward with the NHS.