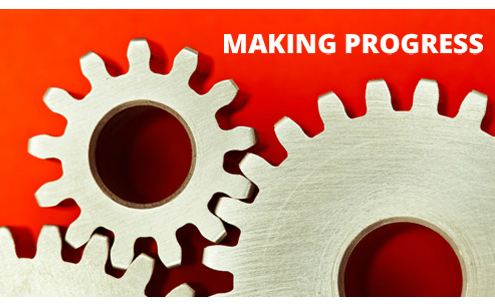 Cyprus is no longer in ‘firefighting’ mode, but has stabilised allowing the country to tackle the most difficult economic crisis it has faced in four decades. Significant progress has been made since March, with a fully recapitalised banking sector and a strict focus on building better foundations for the future.

As the fifth EUmember state to receive financial assistance in the ongoing global financial crisis, Cyprus has exceeded expectations by showing remarkable progress in restructuring its economy. The level of performance Cyprus has shown in the last nine months far surpasses other bailed-out eurozone countries, according to the Troika of international lenders. After several reviews on the country’s progress, Cyprus has been praised by its lenders for achieving all its targets with significant margins, allowing the country to emerge from this crisis faster than expected. However, challenges remain and there is no room to slip off the narrow path of austerity, but Cyprus has already shown strong resolve in implementing ferocious reforms to streamline its ailing economy.

Today the country has entered a stable and more pragmatic stage, taking a comprehensive approach to the situation with a focus to build solid foundations for the future. Huge progress has been made since March and the banking sector has been stabilised. Bank of Cyprus is fully recapitalised and led by a new CEO and board of directors, who are continuing the restructuring process to establish adequate buffers for the island’s biggest lender. Hellenic Bank, the second largest lender, has successfully recapitalised with foreign investment showing increased confidence in Cyprus from international investors. The cooperative sector is also downsizing and going through an enormous overhaul with a new board in place. Confidence in the banking sector is low, but this is not unique to Cyprus and the current reforms are building stronger institutions with better supervision. What is crucial now is to clean up the balance sheets of the banks, build a stronger business sector model and tackle non-performing loans.

The foreign banking industry has also shown confidence in the island, as the 26 international banks operating in Cyprus have remained in the country and have recorded profits this year despite the difficult economic situation. The Association of International Banks in Cyprus (AIBC) believes in the potential of Cyprus and says the international banking system on the island has demonstrated its viability. Despite a fall in total bank deposits of 22.7% year-on-year across the island's banking system, deposits from third country nationals rose to €12.1 billion from €11.7 billion in October, 2013. The government was expecting to lift capital restrictions by January 2014, but many are sceptical that this deadline will be met. Although being eased gradually, the capital controls are still in place as the action plan laid out by international lenders is ‘milestone-based’ rather than ‘time-based’ and securing deposits is critical for an economy still finding its feet. However, many credit institutions are already fully relieved from these restrictions and deposits in foreign banks, as well as new deposits, are also exempted from the controls – an aspect many are unaware of outside Cyprus.

The island has dominated headlines in 2013 and was caught in a storm of speculation on cause and consequence, exploring the reasons that led the country to its current state. Enjoying decades of growth the island earned the title of an ‘economic miracle’, which eventually led to an economy operating beyond its capabilities, creating an unsustainable situation that was bound to fail. However, the international media frenzy surrounding the bailout has also produced many entrenched misconceptions, which Cyprus and its business centre will have to work hard to recover from. Europe continues to be in a precarious economic situation and the Eurogroup’s treatment of Cyprus and the bail in of depositors were unprecedentedly harsh – and served as a warning shot to other troubled member states that the goalposts for financial assistance have been moved. Cyprus has however taken ownerships of its own shortfalls that contributed to the crisis, such as the extreme expenditure in both the public and private sector and the negligent behaviour of the banking sector and its regulators. Cyprus had no other choice, but to bend to the terms of the assistance programme, as the alternative would have been devastating to the economy and led to a default. Despite the current local disenchantment with the EU, Cyprus has every reason and every intention to remain in the Union as it can only gain from staying on the path it chose in 2004.

As the European Central Bank (ECB) is gearing up to scrutinise top eurozone lenders through ‘health checks’ there should be little cause for concern in regard to Cypriot banks. The ECB recently stated that Cyprus banks are in a good position to come out with positive results compared to other European banks, thanks to the headway they have already gained in putting their houses in order over the last few months. It is important to highlight the fact that banking services and business services are very separate sectors of the Cypriot economy. The corporate and financial services sector has proven remarkably resilient throughout the crisis and the vast majority of foreign companies have remained in Cyprus despite these economic developments. As concerned investors explored other jurisdictions they discovered the reasons that first brought them to Cyprus remained as valid as ever, proving the country is still standing strong as a regional business centre. There has also been progress with pension and welfare reform and the country’s fiscal deficit is anticipated to be lower than first projected. The public deficit is expected to reach 6.0% of GDP in 2013 and 7.7% in 2014, while in 2015 it is projected to be around 5.7%.

Cyprus’ privatisation plans are a sensitive subject on the home front, but the government and the Eurogroup recently approved a roadmap for the privatisation of semi-governmental organisations (SGOs) in the hope of driving more investment into Cyprus. The now-approved privatisation programme was a precondition for the disbursement of the third aid tranche from the Troika, amounting to €186 million, and aims to secure €1.4 billion to reduce the island’s public debt.  The first organisation scheduled for privatisation is state telecommunications company Cyta, which will be turned into a private company with the state as the only shareholder by December 31, 2014. Other SGOs to be privatised are the Electricity Authority of Cyprus (EAC) and the ports. The Ports Authority will remain a state organisation to supervise the ports, but the management of the ports’ commercial activities could be transferred to the private sector.

The tourism sector is sparking optimism as Cyprus has seen a 10% increase in arrivals and its efforts to diversify its product are beginning to bear fruit. Cyprus has also seen an increase in exports and the growing shipping sector has established the island as one of the most influential global hubs for ship owning and ship management services. Amendments in legislation have resulted in a notable rise in residency and citizenship applications in Cyprus by third country nationals, injecting an estimated €300 million in the local economy. Around €270 million was paid for immovable property and another €27 million was deposited in Cyprus banks. However, one of the most important long term prospects to boost the Cypriot economy is the natural gas reserves in Cyprus’ Exclusive Economic Zone (EEZ). Although the appraisal drilling in Block 12 by US company Noble Energy confirmed natural gas reserves slightly smaller than expected, it remains a world-class find. The confirmed gross mean of 5 trillion cubic feet (tcf) of natural gas is currently the third largest discovery in the Levantine Basin. The planned liquefied natural gas (LNG) facility will allow Cyprus to exploit these reserves in collaboration with energy companies and potentially its neighbours Israel and Lebanon. Noble Energy has also found significant oil reserves below the gas deposits in Block 12. Detailedthree-dimensional and two-dimensional seismic data show oil reserves of between 1.2 and 1.4 billion barrels around 7,500 metres below the seabed, which could translate into revenues of around €60 billion for Cyprus. Further analysis is set to be carried out and the findings are expected to be completed by April 2014. Cyprus could establish itself as an important energy hub in the Eastern Mediterranean and foreign companies have already shown interest in setting up operations to provide auxiliary services to their clients through Cyprus. With more players entering the LNG market, Cyprus must maintain a tight schedule to complete necessary infrastructure and show progress in developing legislation for this sector to secure the success and profitability of developing its new oil and gas sector.

Recent estimates that the recession may be milder than first expected were received with a sigh of relief, but Cyprus has no illusions of how delicate the situation continues to be and that 2014 will bring more painful measures to ensure recovery. The Cypriot economy has experienced a deep recession in 2013 with GDP dropping by 8.7%, but the European Commission forecasts a slowing of the recession in 2014 with GDP dropping by 3.9%. The year 2015 will signal the exit of the economy from recession and a return to growth, with GDP expected to increase by 1.1%. The challenge is to harness new investment and capitalise on opportunities. It is imperative to cultivate an effective public sector to support the private sector, which has been the driving force of the Cypriot economy. The International Monetary Fund (IMF) has reassured Cyprus that targets remain well within reach and results can already be seen, but the country must strengthen its macroeconomic policies. In the past Cyprus delayed taking necessary corrective measures to identify and tackle structural weaknesses in its economy, now the financial assistance programme has given the country a unique opportunity to spring into action and correct these problems with the benefit of a tightly-monitored schedule, international advice and additional funds. As Cypriot Finance Minister Harris Georgiades has remarked, it is imperative to first focus on the source of the problem then deal with the symptoms, and although this approach may give little comfort to the man on the street it is the only way to reach sustainable development and a strong economy able to withstand the current pressures of the global market.

Cyprus will also face more difficult decisions in regard to the labour market with unemployment at 17% and youth unemployment at an all-time high. Many of the painful measures will be a rude awakening for a country that has enjoyed decades of wealth and economic success, but to secure a strong future and retain a competitive edge as a business centre it is critical for Cyprusto stay on this path to reap the rewards of these reforms in the coming years. Cyprus has the advantage of being a small economy with one of the highest-educated workforces in Europe, but it is also a very young Republic with only 53 years of independence behind it. These ‘growing pains’ are necessary for the country and its economy to mature and come into its own and give it the opportunity to reach its true potential. A sharp drop in the economy is projected, but good governance and the structural reforms being implemented today will help Cyprus to quickly turn itself around and rise from its crisis-laden ashes back to growth and prosperity.