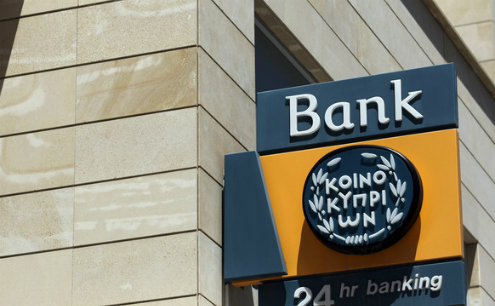 Cyprus does not expect any surprises from the euro-area bank stress tests, a year after depositors took losses to save the island’s financial system, says Finance Minister.

Bank of Cyprus PLC and Hellenic Bank PCL are among 128 lenders being examined by the European Central Bank, with the results due at the end of October.

“Developments in the financial sector are in line with stress test expectations,” Finance Minister Harris Georgiades said in a recent interview on the sidelines of the euro-area finance ministers meeting in Athens. “Even if additional capital shortfalls are identified, the country’s lenders will be able to cover any additional capital needs from private sources.”

One year after an international rescue plan, which included forcing losses on depositors with over €100,000 in the country’s banking system, Georgiades said signs of stabilization are emerging. “The government is in the process of gradually lifting capital controls introduced in the wake of the bailout,” he said.

“Deposits have remained relatively unchanged since last September,” he said, adding there’s no precise timeframe for the complete lifting of controls. “Transactions inside the country are now almost completely free, and there are few restrictions left in transactions abroad.”

Appointed finance minister a year ago, Georgiades said successful negotiations between the Greek and the Turkish Cypriot communities in talks on the island’s reunification would ease the nation’s exit from recession. “The economic benefits for Cyprus, Turkey, and the wider region of Eastern Mediterranean would be huge,” he said. “But we do not rely on reunification.”