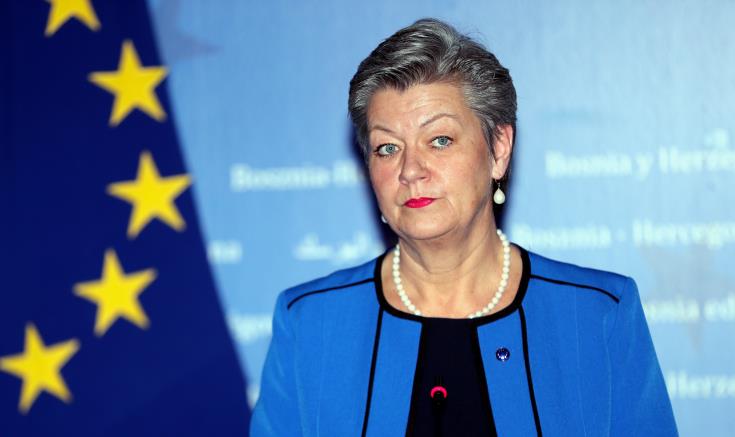 Cyprus is not yet ready to enter the Schengen Area, said Home Affairs Commissioner Ylva Johansson during the presentation of the package for strengthening the EU’s free movement zone.

Cyprus is among seven EU states outside the Schengen Area and may have to wait a while longer to join.

“That is why we are preparing to move forward, but it (Cyprus) is not yet in a position to be evaluated and is not considered ready to enter the Schengen Area at the moment,” she told CNA.

On the same issue, Vice President Margaritis Schinas stressed, “in this revised strategy for us, Schengen enlargement is a priority for the three countries, Bulgaria, Romania and Croatia.”

“As you know, the final decision is not up to us, but we constantly support this, the need for this enlargement, and we are of the opinion that the facts show that (the three states) are ready to join,” Schinas said.

“In relation to Cyprus. It is a different situation because you know that Cyprus also has this peculiarity with a green line, as well as other types of situations that have an impact.

“But clearly, in the turn of enlargement, Cyprus is clearly coming in fourth position, and yes, Cyprus remains a candidate for Schengen.”

The European Commission wants to reform one of the EU’s most palpable achievements: the passport-free Schengen Area.

Established in 1995, it encompasses more than 400 million citizens who are allowed to cross borders without being subject to checks and controls.

It includes 22 of the 27 EU member states and Iceland, Liechtenstein, Norway, Switzerland and several microstates.

Over 3.5 million people cross between Schengen states every day.

But despite its popularity, Schengen’s integrity has been severely damaged by the 2015 influx of migrants and refugees and the Covid-19 pandemic.