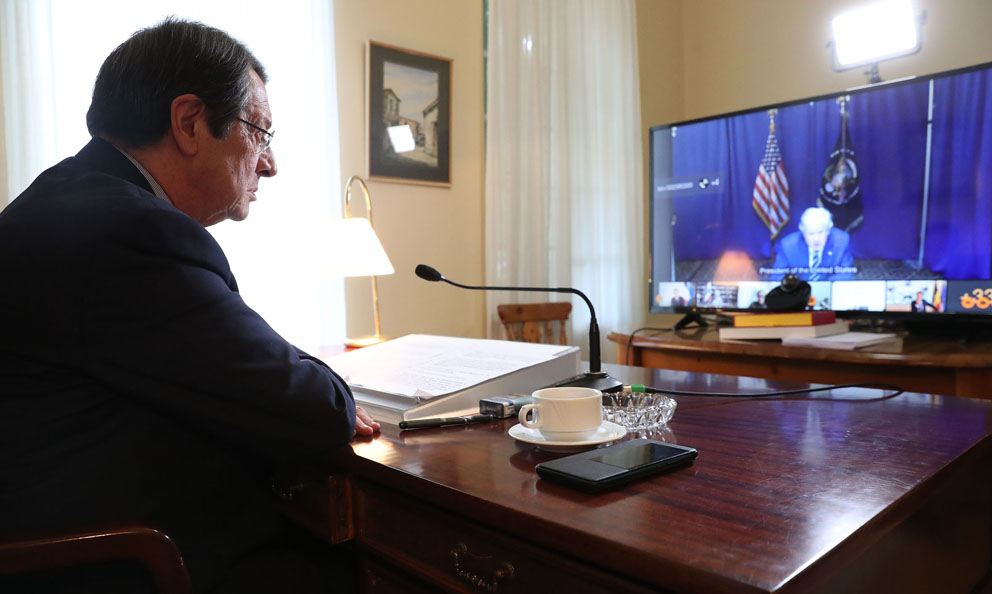 The government of Cyprus pledged €5 million to the emergency aid conference for Lebanon on Sunday, saying that it was making available all its public services, including the use of ports and airports to the United Nations forces operating in the region.

Cyprus President Nicos Anastasiades reiterated the “unwavering solidarity of the government and the people of Cyprus with Lebanon and its people during one of the most heartbreaking periods of the country’s history.”

Macron, who was the first foreign leader to visit ‘ground zero’ on Thursday, hosted US President Donald Trump, Egyptian President Abdel Fattah El Sisi, King Abdallah of Jordan and other world leaders for the virtual conference, with the UN saying it needs more than $117 million during the next three months in emergency aid.

Anastasiades said during the virtual conference that “we are still in shock and in disbelief having seen the images of immeasurable destruction and suffering caused to the beautiful city of Beirut and its hospitable population.”

“Our actions and tangible solidarity towards Lebanon and its people must speak louder than words. The international community must act, and must do so swiftly and decisively, to provide the necessary aid and assistance to Lebanon.

“A country which was already facing an unprecedented economic and financial crisis, whilst at the same time assuming a disproportionate weight by offering refuge to over a million and a half-displaced Syrians.”

Anastasiades recalled the past ties with the neighbouring country currently in political turmoil, saying that “Cyprus has always had brotherly relations with Lebanon, having offered a safe haven to thousands of Lebanese refugees fleeing the civil wars in 1976 and in 2006.”

Responding to President Macron’s call, the Cypriot Government will be offering €5 million in financial assistance and will place the airports of Larnaca and Paphos, the “Andreas Papandreou” military airbase, as well as the ports of Limassol and Larnaca, all within close geographic proximity to Lebanon, at the disposal of the UNIFIL force and of the international community for humanitarian and other assistance.

With two search and rescue teams, as well as police sniffer dogs already flown to the Lebanese capital, Anastasiades said “Cyprus has already sent rescue units to Lebanon and is ready to provide additional assistance of this kind, if requested by my dear friend, President Michel Aoun.”

In addition, over five tons of assistance in material have been sent to Beirut, with 40 more to follow in the next few days, including medical supplies, generators, clothing and non-perishable foodstuff, the Cypriot president said, adding that this material assistance will continue to be provided in the days and weeks to come.

Anastasiades also referred to the “heartwarming response of the Cypriot people, reflecting their willingness, in the midst of a global pandemic, to come to the aid of their Lebanese brothers and sisters.”

Cypriot companies and community service groups have mobilised to collect dry food, clothing and medical supplies, with volunteer doctors also headed to Lebanon, as Tuesday’s port explosion was seen and heard from Cyprus, 207 km away, where many Lebanese often seek shelter from the financial and political troubles in their country.