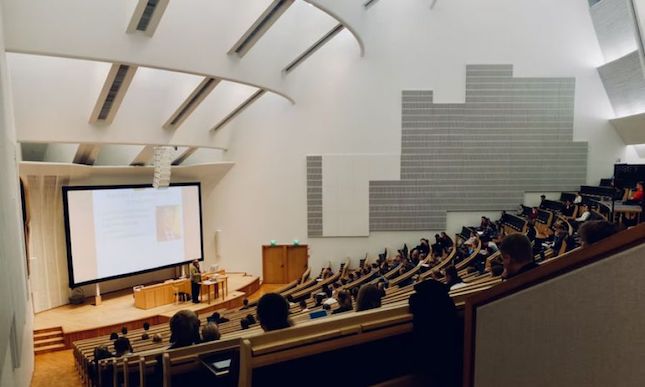 Cyprus: one of the most attractive destinations for university study

Cyprus is now one of the most attractive university destinations because it has universities that offer a high level of academic quality and a complete student experience, according to the latest results of university rankings by the Times Higher Education organization.  The list includes three Cypriot universities which were ranked among the best schools in the world.

One of the most important rankings

The Times Higher Education World University Rankings is an annual publication of university rankings from the Times Higher Education (THE) magazine. THE publishes global institutional, thematic, and university rankings, as well as regional rankings, and is considered one of the most important sources along with the Academic Ranking of World Universities (AEWU) and the QS World University Rankings (QS). In fact, 2022's extended edition included more than 1,600 universities out of a total of 25,000 operating worldwide.  All ranked schools had to meet the required ranking criteria and each took part in the evaluation process.

The universities that stand out 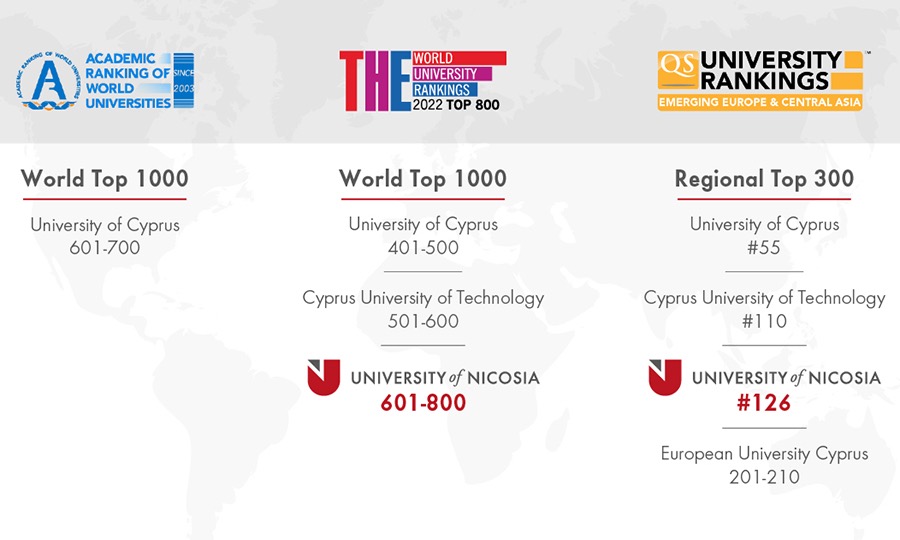 This ranking utilizes the same demanding performance indicators as those of the main world ranking of THE World University Rankings, which represents the largest and most diverse ranking of universities in the world. In other words, the performance of each university in the main pillars of Teaching, Research, Knowledge Transfer, as well as the International Scope is evaluated. A record number, 698 universities from 50 countries were ranked this year, demonstrating the region's dynamics in the field of Higher Education.

Progress in the fields of Education, Business and Finance

Cyprus has made significant progress in the fields of Education, Business and Finance, according to the latest results of the annual 'Times Higher Education (THE) World University Rankings by Subject 2022'.  It ranks the University of Nicosia among the 201- 250 best universities in the world in the field of Education. This means that the University of Nicosia ranks 2nd in Cyprus and Greece and 40 in the European Union in this area.

In addition, the position of this university, and therefore the position of Cyprus, is strengthened in the field of Business and Finance, since the latest results of the annual ranking of the 'Times Higher Education (THE) World University Rankings by Subject 2022', rank the University of Nicosia among the 201-250 best universities in the world in this field.

The importance for Cyprus

The ranking of Cypriot universities among the top in the world unequivocally confirms the competitive position of Cyprus as an attractive academic destination offering universities of a high level of academic quality and comprehensive student experience by international standards.

It offers, among other things, the option of part-time study in another foreign country through the Erasmus + program, which provides students with financial support. Affordable tuition and overall lower tuition costs compared to the United Kingdom, the Netherlands and other countries as well as high levels of security are equally important factors that make the country attractive to students.

In addition, one of the most important factors that a student now considers in choosing where to study is pandemic management. The Cypriot universities have shown efficiency in terms of pandemic management which resulted in students being able to physically attend their classes in university halls this year.