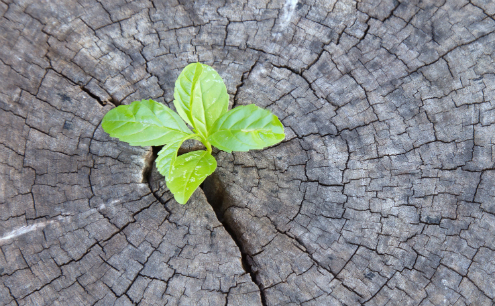 Cyprus One Year On

It has been a year of shock, painful change and hard decisions for Cyprus since the bailout, but also the start of a transformation fuelling optimism for Cyprus’ long term prospects.

March 2013 has been branded in the psyche of Cyprus as the month that everything changed. The events, which culminated in the Eurogroup decision on March 25 to impose harsh conditions on Cyprus in return for a €10 billion bailout, sent shockwaves around the world.

As the fifth eurozone country to be rescued, Cyprus became the European testing ground for unprecedented tactics. The shocking demand to bail-in depositors set a controversial new standard on how the European Union might deal with future financial assistance packages. Included in the terms of the European Commission, the European Central Bank and the International Monetary Fund – known collectively as the Troika – were the winding down of Laiki Bank, with Bank of Cyprus burdened with its debt. Uninsured deposits over €100,000 at Laiki were essentially wiped out and deposits in the Bank of Cyprus were slashed by 47.5%.

International media fuelled the frenzy of European tax payers refusing to bail out alleged wealthy Russians and oligarchs harbouring money in Cyprus banks, yet the fact remains that the target this campaign hit the hardest was the average man on the street – Cypriot families and businesses were dealt a devastating blow with their savings wiped out.

A Year of Reform and Austerity

Having seen decades of economic growth and success, the events of the last year have been a bitter pill to swallow for Cyprus. Having rebuilt their economy after the Turkish invasion of 1974, Cypriots enjoyed the security and wealth accumulated through the boom years. The economic turmoil sparked in March 2013 served as a wake-up call and has left everyone disillusioned. Until very recently unemployment in Cyprus was practically an abstract notion, but in the wake of the bail-in, job cuts and robust austerity measures, unemployment saw a steep rise to 17.2% in 2013 and is expected to rise to 19% in 2014 – and the hardest hit is the younger generation with youth unemployment at an all-time high.

The inconceivable bail-in of deposits shattered the trust Cypriots had in their banks and it will take time to regain this confidence. Bank deposits have fallen, but a positive development is that the rate of deposits outflow has begun to decelerate. However, the situation is still far from perfect. Households held €32.7 billion in deposits in March 2013 and by January 2014 the figure had fallen to €27.8 billion. The total of loans to corporations and households was around €63 billion in January and lenders recorded €16.1 billion more outstanding loans than deposits. However, deposits from EU countries excluding the eurozone and non-EU countries increased to €11.91 billion from €11.76 billion registering an increase for a second consecutive month. One of the biggest challenges Cyprus is facing is non-performing loans (NPL), which are at a staggering 50% with foreclosures on the horizon. Although the banks have been working overtime to restructure the sector, they continue to be exposed. The current lack of liquidity and high interest rates of 7-8% are also serious challenges, as access to affordable funding is the lifeblood of an economy fuelling business and employment. Retail trade also saw decrease of 6.1% and the effects can be seen in everyday life in Cyprus. Despite these daunting figures, Cyprus has proven more resilient than first expected. A GDP contraction of -8.4% was projected by international lenders, but in fact has been milder at -5.4%.

The once-booming property market has been struggling for the last few years, but has been showing signs of recovery during the first quarter of 2014. The boost has also been encouraged by the government’s citizenship-for-investment scheme. As demand eventually catches up with supply, prices are set to go up. However, high mortgage loans due to the banks’ cash-flow problems and title deed issues are still keeping some potential buyers at bay.

While the current economic situation in Cyprus is tough, this dynamic south-eastern post of the EU is determined to fight its way back to prosperity in record time. There is no doubt that the crisis and the robust measures to clear debt and solve structural problems will take their toll, but at the same time it is building a leaner and stronger economy. The country has already exceeded expectations with three positive evaluations from the Troika, proving Cyprus is meeting its targets with significant margin.

Government spending has been reduced with 2,000 of the required 5,000 jobs cut and the trade balance deficit shrunk to €3.2 billion by the end of 2013. The banks have been successfully recapitalised and the cooperative banking sector restructured. The island’s largest lender Bank of Cyprus has achieved a respectable capital ratio of 10.2% and under the new leadership of career banker CEO John Hourican, it has become a stronger, smaller and safer bank. The vigorous measures to restructure the entire banking sector are rebuilding an industry that will be ahead of its European counterparts in these times of increased scrutiny on banking institutions. The European Central Bank has stated that Cyprus banks are in a good position to come out with positive results thanks to the headway they have gained in putting their houses in order over the last year. Also domestic capital controls are expected to be lifted by spring 2014.

Following the bailout, many professed the end of Cyprus as a business centre, yet this has not happened. Cyprus has not only maintained, but expanded its role as a successful regional business hub with increasing numbers of registrations. Foreign companies have stuck by and publicly renewed their commitment to Cyprus, proving that all the comparative advantages for business have been protected. The country has seen an increase in interest from foreign investors, with many seeing a favourable time to scope out opportunities, particularly in large scale development projects, real estate and in the burgeoning oil and gas sector. The discovery of hydrocarbons in Cyprus’ Exclusive Economic Zone has sparked much optimism for a speedy economic recovery and the country has already concluded several multi-million-euro deals with international energy companies. Although causing some controversy, the discovery of hydrocarbons has also prompted renewed peace talks between Greek and Turkish Cypriots with both sides acknowledging the substantial economic benefits of a solution to the division of the island.

Tourism revenue in 2013 saw an increase of 8% compared to the previous year, proving this formidable sector can weather the economic storm and with an increasing number of air connections, 2014 is expected to attract even larger numbers of tourists.  Exports have also seen a slight increase and privatisations, a condition of the €10bn international bailout, could improve the quality of government services and attract significant foreign investment.

The last year has been a painful time for Cyprus, but many acknowledge the silver lining of the macroeconomic adjustment programme. The business community in particular believes that many of the reforms being implemented today were long overdue and will result in a more competitive economy, establishing solid foundations for a sustainable future.

Current efforts to create a smaller and stronger banking sector is the cornerstone of putting Cyprus back on the path to prosperity, but a more efficient government is also essential. Before the bailout public debt was at around 80% of GDP and government accounted for 48% of GDP, rather than the ideal 25%. Streamlining these elements will allow the country to fully capitalise on its strengths.

Commitment, creative ideas and new talent in key positions are all crucial aspects to allow Cyprus to move forward with better policies and a clear vision. The adversity of the last year has strengthened the entrepreneurial spirit and resilient nature of Cypriots. Unlike many other bailed-out EU states Cyprus has not spiralled into violent riots, but pulled itself up by its boot straps knowing that the hard work of today will pay dividends for years to come.