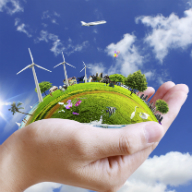 Local authorities in Cyprus are increasing their efforts for carbon emissions reduction and energy transition based on new European programmes, the results of which were presented and discussed among other topics in a three-day congress earlier in May in Nicosia.

The triennial congress, organised by the Council of European Municipalities and Regions (CEMR) and Nicosia municipality, and held in Cyprus this year, brought together more than 800 participants representing 150,000 local authorities from 41 countries, including Cyprus.

In an awareness-raising session on the new Covenant of Mayors for Climate and Energy, Cyprus presented its own experience through the director of Cyprus Energy Agency (CEA), Anthi Charalambous.

The establishment and operation of the CEA is supported by the European Commission through the Intelligent Energy-Europe programme and the Union of Cyprus Communities.

“Local Authorities in Cyprus have reached a 23% reduction of carbon dioxide emissions in five years in all sectors of activities,” Charalambous told the press. The data is based on the inventory carried out by the CEA for the years 2009-2014.

New energy-efficient technologies, public transport and, of course, the economic recession of the country are also among factors contributing to the reduction of dioxide emissions, according to Charalambous.

“The Cypriot economic crisis made citizens and companies much more aware of waste of energy,” she noted.

Cyprus relies on oil imports in order to meet its energy needs, having one of the highest energy dependence rates amongst the EU-28 (Cyprus: 96.4%, EU28: 53.2%), according to the Energy Sector Dynamics report by EY Cyprus.

“Transport is the sector with the highest final energy consumption with 52%, followed by residential one with 23%,” Charalambous explained. She added that the tertiary sector (services) consumes 17% while the secondary sector (industry) consumes 6%.

Charalambous said that Cypriot local authorities started to be involved in initiatives on climate change adaptation after a European Union package was adopted in 2008.

The European Commission launched the Covenant of Mayors to endorse and support the efforts deployed by local authorities in the implementation of sustainable energy policies.

“To date, the Covenant of Mayors has been signed by 23 local authorities in Cyprus representing 41% of the total population of the country,” she said.

“And for the first time, in collaboration with the CEA, carbon emissions inventories were carried out and energy projects were created to support the European Union 20% CO2 reduction objective to be reached by 2020.”

Increase of the RES

At the local authority level, there has been an increase in the production of energy from renewable sources (RES) in recent years, through the ’soft’ measures taken by the municipalities.

Chalarambous explained that ambitious targets are currently not possible due to the cuts made in the state aid at present.

“The municipalities, in collaboration with the CEA, prepared a project for LED lamps to replace 56,000 conventional incandescent bulbs, which will reduce the current emissions by around 48%,” said Charalambous.

Among the other measures, Charalambous listed sustainable transport (cycle paths, buses etc), renewable heating and electricity, and the infrastructure for electric vehicle charging.

It is estimated that more than 92% of Cyprus’ households and 52% of its hotels have solar water heating systems, while electric vehicle charging stations have been installed in 15 selected points in public places covering the whole of Cyprus.

“The EAC has installed eight charging stations in the Nicosia Area, two in Limassol, one in Platres, one in Larnaca, one in Protaras, one in Paphos and one in Polis Chrysochous,” she added.

Energy renovation of buildings is also among the targets of the local authorities, encouraged also by the new low-energy-consumption Town Hall of Nicosia and the Cultural Centre of Strovolos.
Measures are also being taken for awareness-raising training and door-to-door information.

Despite the progress in energy efficiency, barriers that impede the adoption of initiatives on energy and climate change adaptation still exist, according to Charalambous.

“Limited competences, limited financial resources, lack of technical expertise, lack of political will, market barriers,” are some of the obstacles listed by Charalambous, who stressed that lack of finance and financial instruments are one of the biggest difficulties.

The ‘Mayors Adapt’ project is a new initiative in the right direction. Nevertheless economic resources need to be found for local authorities to be able to implement the targets in the coming years.

“Think globally, act locally,” said Charalambous, using the international motto which urges people to consider the health of the entire planet and to take action in their own communities and cities.

“Behavioural changes can drastically lower energy use,” she said.