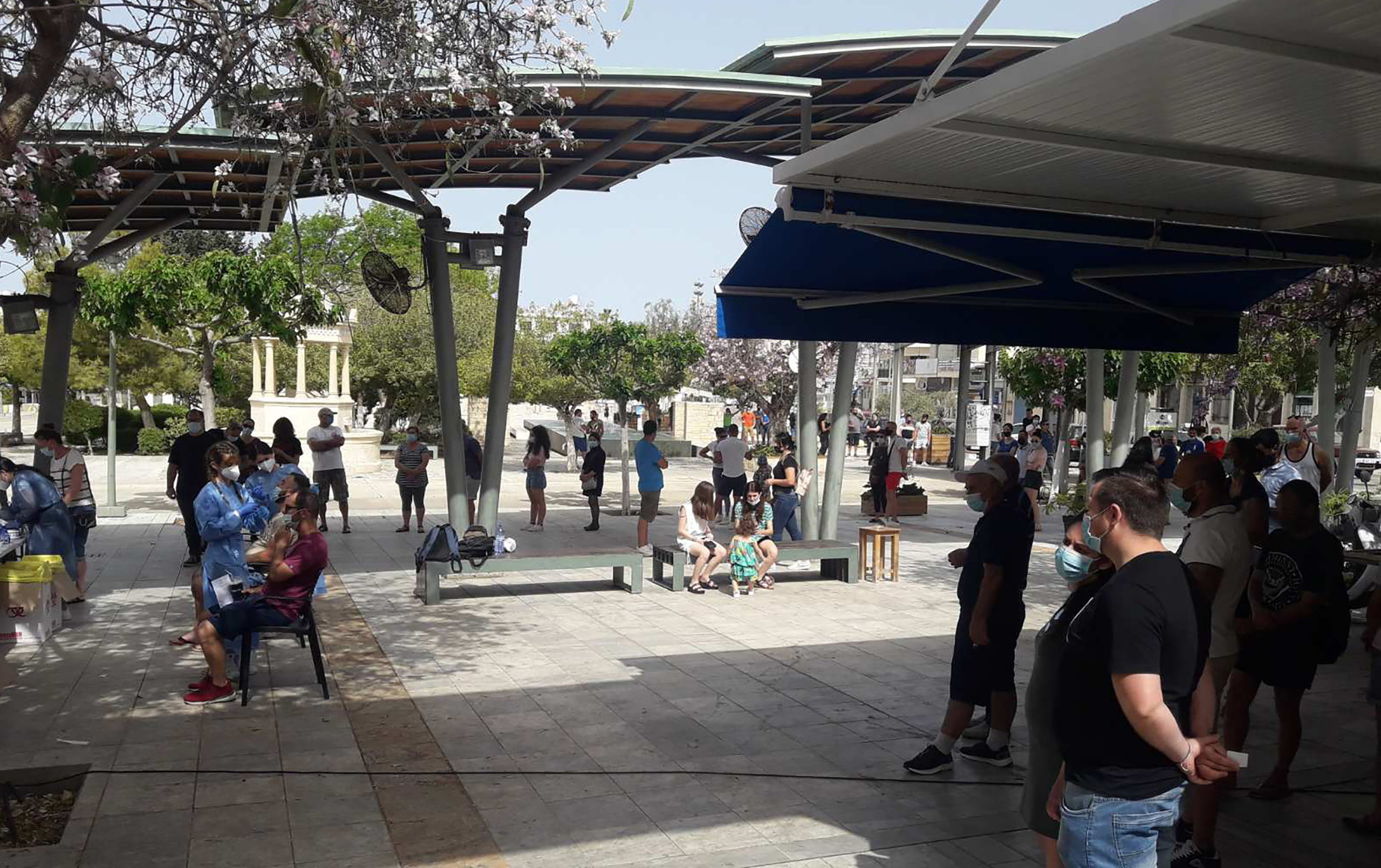 Cyprus out of danger zone as cases drop

Cyprus is off the ‘dark red’ list of the European Centre for Disease Prevention and Control (ECDC) categorisation, as its Covid 14-day cumulative rate dropped below the safety limit of 500 per 100,000 residents for the first time.

According to the health ministry latest weekly epidemiological report released on Friday, the island has succeeded in bringing the rate down from 1,034 just two weeks ago to 431.6 per 100,000 inhabitants.

Cyprus’ improved data puts the island in the red category based on the ECDC and a few steps closer to the goal of being on the UK’s green travel list, a key tourist market.

Countries in the red have a cumulative case notification rate of over 150, but below the 500 mark, according to the ECDC’s classification.

On Thursday, the island’s health authorities reported double-digit cases for the first time since mid-February, with 77 new Covid-19 cases recorded.

Health Minister Constantinos Ioannou tweeted Friday, “the results of the last few days are the rewarding efforts of many people on the front line and sacrifices of the public.”

Ioannou expressed his gratitude, urging the public to keep to hygiene rules and get a Covid-19 vaccine as soon as they can.

Infections included 2,590 adults aged 20 to 59, while only 488 people aged 60 and older, reflecting the benefits of the country’s vaccination rollout.

Older people were the first to be vaccinated as the vaccination rollout climbed down the age ladder in December with people in their 90s.

The island’s positivity rate from rapid tests was also low at 0.2%, remaining at the same levels as last week.

Giving the health system a breather after being burdened with more than 300 Covid-19 patients, hospitalisations have dropped significantly, with patients in the hospital standing at 164.

That includes some 35 people treated in an ICU.

The median age of all people hospitalised was 63 years.