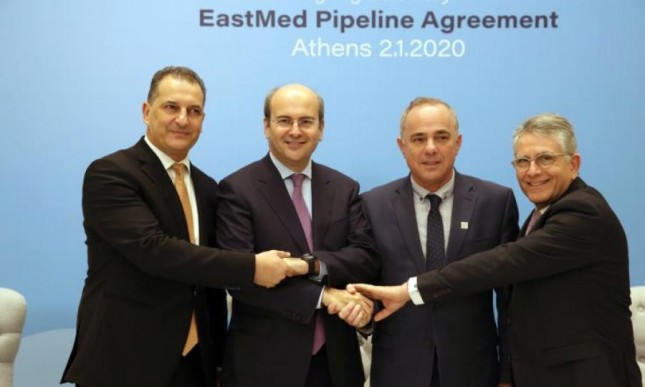 The agreement, which was ratified by legislators with 47 votes in favour and 2 abstentions, provides for the construction of a system of pipelines for the transport of natural gas from Eastern Mediterranean to supply European markets.

The intergovernmental agreement for the construction of the EastMed natural gas pipeline was signed on January 2, 2020, at Zappeion Megaron, in Athens, by Greece’s Environment and Energy Minister Kostis Hadzidakis, Cyprus’ Energy Minister Yiorgos Lakkotrypis and Israeli Energy Minister Yuval Steiniz.

It was signed in the presence of the Greek and Israeli Prime Ministers Kyriakos Mitsotakis and Benjamin Netanyahu, and President of the Republic of Cyprus, Nicos Anastasiades.

Among other things, it regulates matters such as maritime jurisdiction, environmental and safety matters and establishes a joint working group between the countries involved.