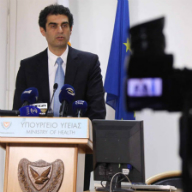 Pharmaceutical companies in Cyprus will join their European counterparts in disclosing future transfers of value to healthcare professionals, as part of a wider initiative to apply a stricter self-regulatory framework in the sector and increase transparency.

This follows the public uproar in recent weeks over the pricing procedures of some medicines in public hospitals, which are being investigated by the Auditor General Odysseas Michaelides, while pharmacies in the private sector are also known to be overcharging, some by as much as 30%.

Details on the provisions of the revised ‘Code of Conduct on the Promotion of Prescription Only Medicinal Products’ were announced during a press briefing organised by the Cyprus Association of Research and Development Pharmaceutical Companies (KEFEA), member of the European Federation of Pharmaceutical Industries and Associations (EFPIA).

According to the Code’s latest update in May, EFPIA’s member companies and national members will proceed in 2016 with disclosing details of specific expenses that were incurred on behalf of healthcare professionals in the year 2015.

On behalf of KEFEA, Kyriakos Mikellis explained that the information made public will concern, among others, the sponsoring of scientific organisations, fees for consultancy speeches and coverage of expenses to attend medical conferences in Cyprus and abroad.

The information in question will be published on a public platform, on each company’s website, and made available to the public.

“This is a Europe-level initiative, aimed at increasing the transparency of practices applied in the pharmaceutical industry,” said Mikellis, adding that he was confident the Code’s adoption would bring significant benefits to patients, healthcare professionals and the broader pharmaceutical sector, while at the same time reaffirm the pharmaceutical companies’ commitment to ethical behaviour.

Mikellis said the new Code ensures that the promotion of medicines to healthcare professionals is carried out in a transparent and honest way, without deception and in accordance with the Law’s provisions, while he said this initiative was supported by the Cyprus Medical Association.

Adherence to the new Code, which has been uploaded to the Association’s website (www.kefea.org.cy), is obligatory for all members of KEFEA, as well as all members of EFPIA who are active in Cyprus.