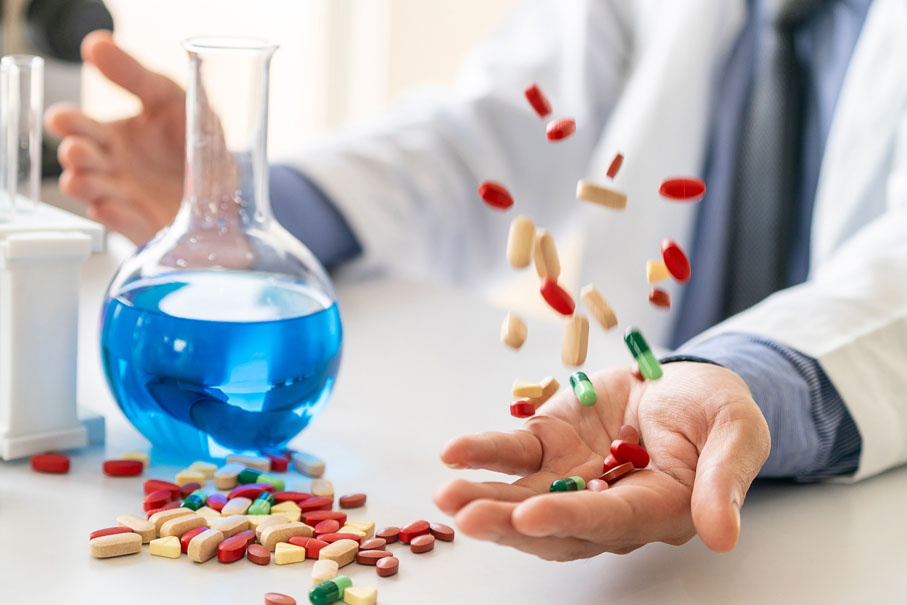 Cyprus pharmaceuticals are probably the country’s biggest kept secret as the industry was responsible for almost a third of all exports in the first five months of 2020 while increasing year-on-year.

Cyprus pharmaceutical exports are far greater than those of the ever-growing popularity of halloumi.

In the first five months of the year, exports of pharmaceutical products were 30.76% of all domestically produced exports worth €147.87 million.

This figure surpasses halloumi’s €116 million generated which is responsible for 24.3% of exports up to May.

Pancyprian Association of Generic Manufacturers (PASYPAGEF) President, Andreas Vassiliou, said the industry’s performance should not come as a surprise as Cyprus pharmaceuticals are one the island’s best-organised sectors.

“Cyprus Pharmaceutical companies have proven their worth, as they are one of the few sectors able to record an increase in their turnover during the pandemic and the restrictions imposed,” said Vassiliou.

He said during the pandemic and lockdown, there was an increase in demand for generic medicine with governments and pharmaceutical firms turning to Cyprus companies to cover their needs.

“It was extremely rewarding for us to see our efforts pay off when planes were coming to Cyprus just to fill up with pharmaceuticals produced in Cyprus.”

The industry was in a position to cover an increase in demand from abroad without affecting stocks in Cyprus.

Vassiliou said the list of countries to which Cyprus exports pharmaceuticals is expanding, as the industry has successfully infiltrated traditionally strict markets with a tough regulatory framework such as Japan, Brazil and Australia.

He noted that local pharmaceutical companies contribution to Cyprus does not stop with exporting large quantities of medicine, but they are also contributing to local society.

The sector employs more than 2,000 people of which 55% are young scientists.

“Our industry is one of the few that encourage young people to return to Cyprus and work in an environment equal or better than that they find in European and American multinational pharmaceuticals.”

He argued that the industry’s operation benefits small and medium-sized companies, which are the backbone of the Cypriot economy, from manufacturing paper products and print offices to distribution companies.

Vassiliou said prospects for the industry are “exciting” if one looks at its growth over the years and the opportunities that lay ahead.

“Cypriot pharmaceuticals may not have the technological infrastructure at the moment to help out the larger pharmaceutical companies with producing vaccines for COVID-19, but local companies are well organised, capable of producing a variety of other generic medicine which will be much needed in the times to come.”

However, the road is not paved with roses for Cyprus pharma is faced with several challenges.

“Our biggest challenge is the cost of electricity and water in Cyprus, which are some of the highest in Europe. This gives us a comparative disadvantage to other countries.”

Vassiliou argued that bringing in raw materials is especially costly for Cypriot firms, due to limited air and sea connectivity.

“Because we are an island, we rely mostly on air connections, as there are insufficient ferry links with the rest of the world. This shoots up costs further, which are reflected on the products and in turn on the bill paid by the patient.”

And new legislation passed for drug making is constantly increasing the cost of production and distribution, making Cypriot firms even less competitive.

For the pharmaceutical industry to maintain its dynamic and further grow, the government will need to intervene with a strategic plan, said Vassiliou.

He said the argument put forward by the government that within the European Union there is no room for state aid, directly or indirectly, is not one that the association can accept.

“A number of EU countries have incentive schemes encouraging pharmaceuticals from abroad to set up shop in their country or encourage local ones to expand their business. In Austria, the government will be investing in a bid to boost antibiotics manufacturing in the country.”

Novartis’ generics business, Sandoz, will undertake a joint investment of €150 million with the Austrian government to support the manufacture of antibiotics, mainly penicillin.

Announcing the deal, Sandoz had said it would commit to European production of penicillin APIs for a decade, despite fierce global price competition, particularly from China.

“We are in no way asking for money, especially in these times. However, the state must support the successful industries of Cyprus by giving them incentives,” argued Vassiliou.

He added that other EU countries like Malta give tax incentives to attract pharmaceuticals and develop the industry.