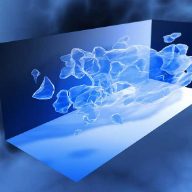 “What we have observed from various sources is that we need to either amend gravitational theory as we know it or hypothesise the existence of new forms of matter and energy – which we call dark matter and dark energy,” said Dr Skordis, who studies cosmology or the study of the universe. “The existence of these forms is a hypothesis, meaning it has not been experimentally proven”, he said at a press conference yesterday, adding that his research programme “aims to prove which of the two hypotheses is correct”, he concluded.

The research project, described by the ERC as “a testing of gravitational theories against cosmological evidence”, was the seventh ERC grant won by a UCy scientist out of a total nine awarded to Cypriot scientists in recent years. Congratulating Dr Skordis, UCy rector Dr Constantinos Christofides said that securing the grant poses a success “not only for Dr Skordis but for Cyprus in general.” Commenting on the fact that this project will lead to the creation of fouremployment positions for young scientists, Christofides said that “research can significantly contribute to job creation in Cyprus for young scientists.” He added that Cyprus needs to build on its successful efforts in research, since “if one looks at the economic indicators of all 28 EU countries, they will realise that Cyprus excels in attracting research funds relative to its size.”

Dr Christofides explained that only 8 or 9% of proposed research projects get approved for funding, and that the success is all the more impressive given that the UCy, although employing fewer academic staff than any institution competing for ERC funds in Cyprus and Greece, has managed to attract the most grants than any other institution in either country. UCy physics department head Dr Georgios Archontis said that “the science of physics has achieved great leaps over the last century, and researchers like Dr Skordis provide an excellent example to aspiring scientists.” The research project will draw data chiefly from the European Space Agency’s Planck Surveyor, a space observatory launched in 2009, and the Atacama Cosmology Telescope, established in the desert of Chile in 2007.