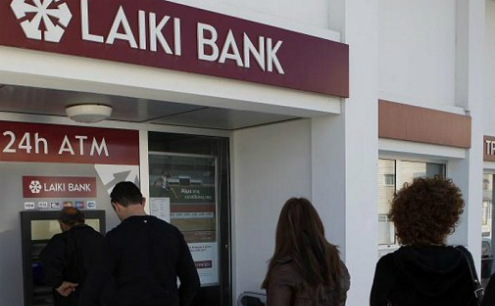 Cyprus is preparing for another bond issue before the end of 2015, government spokesperson Nikos Christodoulides confirmed recently.

He was commenting on a Financial Times report that Cyprus will seek €1.5 billion in a 10-year bond sale.

“If conditions permit we will issue a new bond in the international capital markets in 2015,” Christodoulides told CNA, adding that “such moves will indicate that the economy`s credibility is restored at international level”.

He said that the maturity, the amount and the exact time of the issue are yet to be decided.

“Confidence has been restored and market access re-established. Market conditions permitting, we are planning a new bond issuance by the end of the year in line with our annual funding programme, but the exact timing and details have yet to be determined,” Finance Minister Harris Georgiades told the FT.

A financial analyst close to the government quoted by the paper said it would likely be a 10-year issue.

ESM approval paved the way for the release a €500 million tranche to Cyprus, expected to be authorised on Tuesday.

“Cyprus has taken another step towards a successful completion of its ESM programme in the first quarter of 2016,” ESM head Klaus Regling said on Monday.

“The government has implemented the reform programme and the results are clear: not only with a correction of imbalances and a stabilisation of the financial sector but also a gradual return to growth and reduction in unemployment.”

“This is the same pattern that we have seen in previous successful exits from ESM/EFSF programmes,” he added.

But Regling warned that the need for reform does not expire as Cyprus reaches the final stages of the programme.

“Cyprus has many challenges ahead, most importantly a pressing need to vigorously reduce the very high level of problem loans which are burdening the banks and limiting their capacity to support to the economy,” he pointed out.

Investors’ demand totalled €1.9 billion in the sale made through a syndicate of banks. The yield was set at 4.0%, below initial expectations.

Last year, the island sold €750 million in five-year debt at a lower than expected rate of 4.85%.

It came a year after the collapse of its banking system, which forced Cyprus to agree to a €10 billion bailout and impose capital controls.

The terms included closure of the second biggest bank, Laiki, and seizure of uninsured deposits – over €100,000 – to recapitalise Bank of Cyprus.