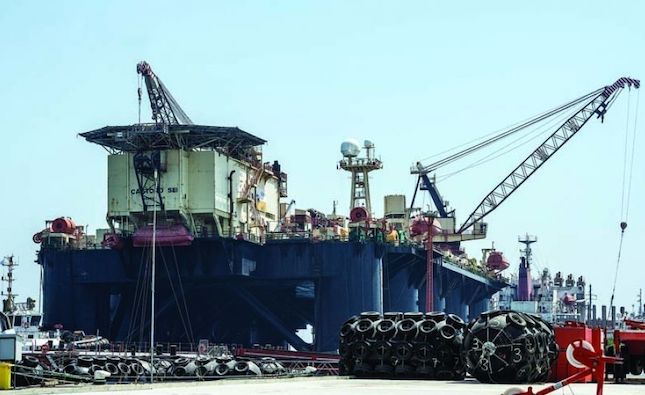 After years of trying to locate and extract natural gas from its EEZ, Cyprus' prospects continue to stagnate due to the current geopolitical conditions, the Cyprus issue, and the fact that the research, although promising, has not yet yielded the large quantities that were found in the EEZ of Egypt and Israel. The signing of another tripartite cooperation in Cairo, this time a memorandum of understanding between the European Union, Egypt and Israel for the transfer of Israeli gas to Egypt's liquefaction terminals for export to the European Union, was a harsh reminder of this reality.

With the Cyprus issue still unresolved, Cyprus still cannot talk about taking on the role of energy hub which was discussed before the collapse of negotiations, however, the country can still be part of the program in a much wider context, including participating in the East Med Gas Forum and being part of the electrical interconnection with Israel and Greece through the EuroAsia interconnector project. This is a far cry from the idea that prevailed a few years back which exaggerated the emergence of Cyprus as an oil power that would bring Turkey to its knees, begging the Greek Cypriot side for a solution on our terms. No, the new framework gives the possibility for a measured and strategic utilization of our potential so far, and our integration into the new energy environment of renewable sources and "green" hydrogen.

As the representative of the Commission for Energy Affairs, Tim McPhee, pointed out to "K", the memorandum for the exploitation of the reserves of Israel and Egypt potentially covers the natural gas of the member states of the European Union. In reality, however, Cyprus currently has a secondary role due to insufficient deposits and infrastructure, with the Commission not yet taking into account the proposal for the construction of a new terminal for the liquefaction of Israeli gas. EU rhetoric and plans, after all, focus on Cyprus as a producer of renewable energy sources (as stressed by Energy Commissioner Simpson in an interview with "K" on May 22) and as a potential link in energy connectivity, rather than as a gas producer.

What the memorandum says

The memorandum of understanding between the EU, Egypt and Israel is the compass for the European Union's energy cooperation with the two Middle Eastern countries that are at the most advanced stage in terms of their gas exploitation. The text of the memorandum recalls that Israel and Egypt have set a general framework since 2021 for the transfer of additional natural gas through a pipeline from the first to the second, but also that the two countries participate in the East Mediterranean Gas Forum together with four EU member states, i.e. Cyprus, France, Greece and Italy. As mentioned, the EU, Israel and Egypt intend to work collectively to provide a stable supply of gas to the EU, in a way that is in line with the long-term goals of eliminating coal from energy production. "Any cargo of natural gas from the Arab Republic of Egypt and the State of Israel to the European Union can be transported by ship, including using the LNG infrastructure of the Arab Republic of Egypt," it said, adding that this approach does not exclude the choice of the two countries to sell gas to other buyers or through other routes. It is also stressed that any natural gas will be transported by ships to the EU. "It will come from either the Arab Republic of Egypt, the State of Israel, or any other source in the Eastern Mediterranean region, including EU Member States in the area".

The practical implementation of the agreements envisages at this stage that the parties will jointly explore how to implement the objectives of the memorandum in order to accelerate the export of natural gas to the EU.

In particular, these processes will include the development of a plan for the efficient utilization of existing infrastructure, the encouragement of European companies to invest in natural gas in Israel and Egypt and the search for ways to allocate funds for the development of technologies and practices to reduce emissions, especially in the gas sector. The memorandum, therefore, contains efforts to take into account environmental concerns arising from the promotion of natural gas, setting as a parameter the participation of European companies in tenders for exploration and exploitation in the EEZs of the two countries and the inclusion of EU climate policies. Any efforts will be judged along the way.

The terminals of Cyprus

However, if Cyprus is theoretically on the gas map, it practically does not yet have the potential to benefit. In fact, the Commission does not seem to have included in its plans the possibility of a new floating terminal in Vasiliko for liquefaction and export by Israeli natural gas ships (which will reach Cyprus by pipeline), proposed by the Energean government, a proposal under consideration. On the contrary, community officials who spoke to "K" directly stated that what they know and take into account is the storage and regasification terminal under construction, again in Vasiliko, which they expect to be completed by the end of next year and which is an infrastructure for meeting the needs of Cyprus itself.

Both the President of the EC, Ursula von der Layen, had referred to the second terminal under construction at Davos on May 24. And it was also mentioned by Commissioner Simpson in her interview with "K". The factor that currently keeps the role of Cyprus limited is of course the comparative sizes and capabilities of the infrastructure, but also of the deposits. Plans for Egypt include increasing gas imports to the EU to 7 bcm and doubling them in the coming years.

The terminal under construction in Cyprus, in comparison, has a potential capacity of 2 bcm, as mentioned by McPhee. According to the specialized website MEES on 6/5, the pipeline with which Energean proposes the transfer of natural gas to Cyprus for liquefaction will be able to transfer 4 bcm per year. According to data compiled by the European Council on Foreign Relations in a note on natural gas in the Eastern Mediterranean, in April 2020 Egypt recorded reserves of 30 tcf (trillion cubic feet - each tcf equals 28.3 bcm) in the field called "Zor", Israel 22 tcf in the field called "Leviathan" and 10.8 tcf in the field called "Tamar". Cyprus, on the other hand, was estimated to have about 6 tcf in each of the fields of "Aphrodite", "Kalypso" and "Glafko".